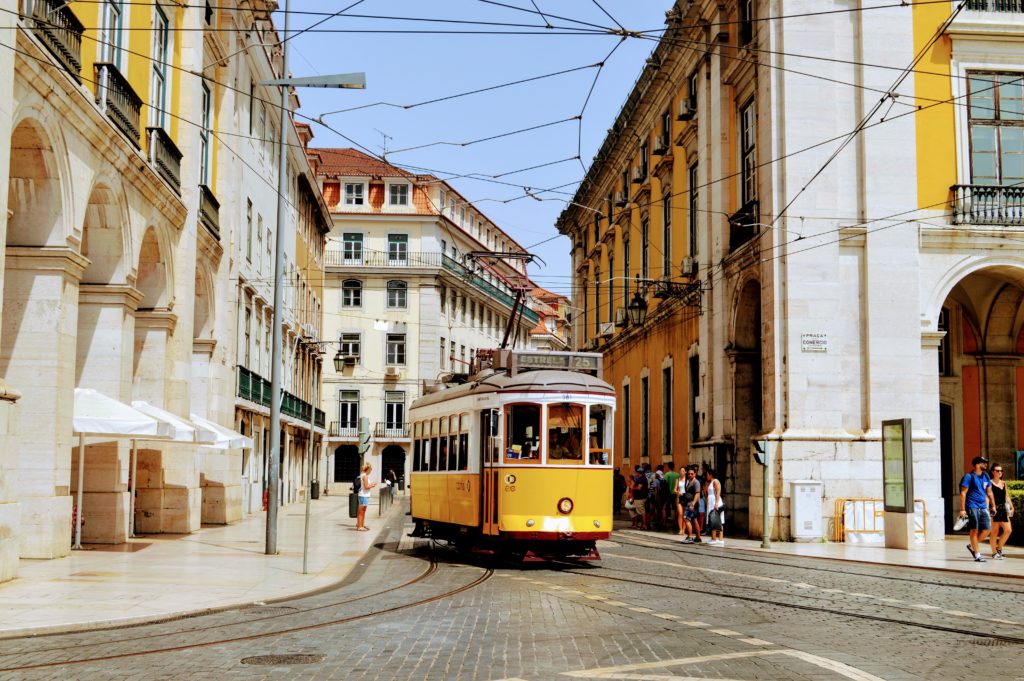 Situated in the shadow of Spain, Portugal, continental Europe’s westernmost country, is a heady blend of idyllic countryside views and ocean vistas. Cobblestone streets too narrow for cars allow its citizens to stroll past centuries-old UNESCO buildings.

Portugal overflows with natural beauty, culture, and history. And it’s no secret that its practical attributes – high quality of life, low cost of living, and general safety – attract record numbers of expatriates.

Picturesque, red-roofed, white stucco houses dot the stunning panoramas of Portuguese cities, where residents enjoy the seductive scenery while sipping local port and seafood stew. Newcomers arrive here after learning the country is ranked the world’s fourth best country to live in, according to the Internations Expat Insider 2022 report.

According to a recent article in the L.A. Times, “Welcome to Portugal, the New Expat Haven,” the population in Portugal has declined in the last decade while the number of foreigners has grown by 40 percent. In 2021, American citizens’ numbers increased by 45 percent, making them one of the fastest-growing groups of Westerners moving to the country.

Portugal can brag about many qualities, one being its glittering sunshine. It possesses some of the mildest year-round temperatures in Europe, with more than 300 days of sunshine a year. In the 2021 E.F. English Proficiency Index ranking, 90 percent of surveyed expatriates said Portugal’s weather is enjoyable, and 89 percent said the air quality was good.

Among Portugal’s top attractions are its 600 miles of beaches. Native Portuguese residents, like real estate expert Luis Horta e Costa, enjoy these beaches for leisure pursuits such as surfing, boating, and horseback riding.

Costa, a real estate expert who co-founded Square View, a property developer in Lisbon, builds and refurbishes properties in Portugal’s cities and beaches. He works with architects in this business to create unique housing designs.

“I’m always trying to make something different,” he says. “It’s a need that goes with my character and beliefs.”

Luis Horta e Costa prefers the beaches of the Alentejo, the country’s most rural and least populated region. Only 130 km south of Lisbon, the Alentejo is famous for its natural beauty; Time magazine recently tapped it for its “World’s Greatest Places 2002” list.

When discussing the Alentejo region, Luis Horta e Costa says he likes the charming beachside village of Melides, a town compared to the Long Island Hamptons when they were less developed and possessed “barefoot luxury.” Such is Melides’ winning combination of surf abutting countryside.

“My family is building in Melides, which I think is beautiful,” Horta e Costa says. “We are looking for a place to build a wellness and meditation center in Alentejo.”

How Portugal Excels at Quality of Life

Experiences in Portugal tend to be peaceful and friendly for expatriates. Newcomers surveyed for the Internations Expat Insider 2022 report ranked Portugal 7th for its ease of settling in. In 2021, the Institute for Economics and Peace (IEP) ranked Portugal as the 4th most peaceful country in the world. According to the European Union Agency for Fundamental Rights, it is also one of the least violent countries in Europe.

Once expatriates gain residency, they can access the excellent Portuguese public healthcare system. Most healthcare procedures are free or include a minimal co-pay. Compared to U.S. doctor visits, a general practitioner appointment costs $55 in Portugal instead of $110. Seniors and children receive medical care at no charge.

A popular way to access Portugal’s bounty is by entering the Portugal Golden Residence Permit Program. Through this residence-by-investment program for non-European Union nationals, property owners can apply for citizenship after five years while keeping other citizenships.

Expatriates Flock to Portugal for its Low Cost of Living

Portugal is among the cheapest countries in Europe to live in. Compared to the United Kingdom, Portugal’s cost of living is around 30 percent less expensive; rent is about 33 percent lower. The price of goods, including food, wine, new cars, property, and property tax – is significantly lower than in other parts of Europe.

Portugal is far less expensive than the United States, too. On average, residing in Portugal is 42 percent cheaper than living in the U.S. regarding daily expenses and housing prices. Rent is almost half in Portugal compared to the U.S. While the average rent is $2,000 for a single-bedroom apartment in Washington D.C., the rent for comparable properties in central Lisbon is around $900. It gets better. American grocery prices are 98.95 percent higher than Portugal’s, and restaurant meals are typically 43 percent less expensive.

Many fantastic attributes combine to attract foreigners to Portugal’s sleepy hilltop villages and vibrant cities. It should surprise no one that this seaside heaven attracts newcomers with its multifaceted appeal.