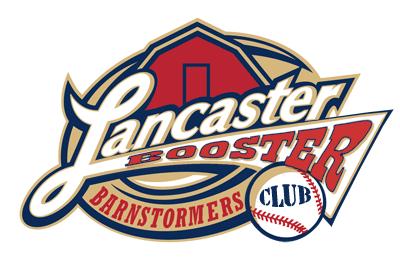 Sundance Vacations, a leading provider of discount travel accommodations, is delighted to announce its sponsorship of the Lancaster Barnstormers professional baseball team during their 2013 season, which officially opened Thursday, April 18 against the Camden RiverSharks.

Sundance Vacations will offer its exciting Prize Giveaway promotion to all Barnstormers’ fans as well as all visitors to Clipper Magazine Stadium during select home games this season.  Sundance’s National Sweepstakes provides one very fortunate grand prize winner their choice of an automobile valued at up to $70,000 or $50,000 in cash.

Fans and visitors will also have the chance to win other Sundance Vacations promotional prizes such as a fantasy trip to Hawaii, Orlando or Pebble Beach including airfare up to $1,500, 3 nights hotel accommodations and $500 spending money; a high-definition flat screen television; a $1,000 gift card; a Sports/Music Fanatic Giveaway that includes four tickets to the winner’s choice of any sporting/music event worth up to $1,000.

Barnstormers’ home games are played at Clipper Magazine Stadium in Lancaster, Pennsylvania.  Sundance Vacations staff will be on site at select home games, and complete contest rules and entry materials will be available.

About the Lancaster Barnstormers:

The Lancaster Barnstormers is an American professional baseball team based in Lancaster, Pennsylvania.  They are a member of the Freedom Division of the Atlantic League of Professional Baseball.  From the 2005 season to the present, the Barnstormers have played their home games at Clipper Magazine Stadium in the city’s Northwest Corridor.  For more information, visit www.lancasterbarnstormers.com.

Sundance Vacations is a national travel company specializing in discount vacation accommodations at destination golf, beach, ski and mountain resorts throughout North America and the Caribbean.  The company is headquartered in Wilkes-Barre, PA and maintains offices in four other locations including; King of Prussia, PA; Harrisburg, PA; Downers Grove, IL and Parsippany, NJ.  Sundance Vacations has been named one of the Best Places to Work by Best Companies Group four times in Pennsylvania, four times in Illinois and twice in New Jersey.  The company has been honored three times as one of the Fastest-Growing Travel Companies in Pennsylvania by Inc. 500/5000.  Please visit Sundance Vacations at www.sundancevacations.com.