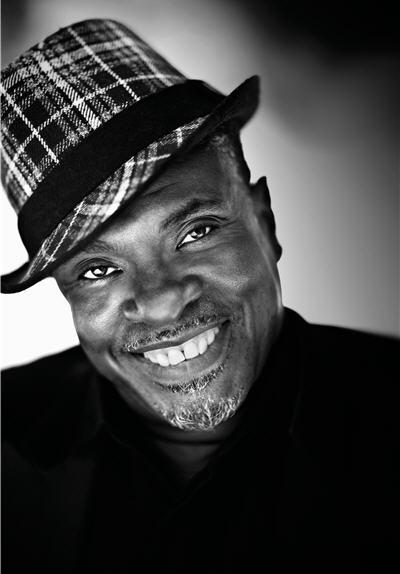 CLIENT MEDIA ADVISORYKeith David, veteran Emmy award winning actor, voice artist and Julliard alumnus is all-set to star as “Max Malini” in the two-hour television premiere of “The Cape,” airing Sunday, January 9th, 9/8c on NBC. States Keith, “It’s been an honor to work with such a talented cast and crew. We have all put our expertise together to bring this great cinematic tale to life, and I’m ready for the ride.”“The Cape” is a throwback to old heroes with a 21st century sensibility one-hour drama series starring David Lyons as Vince Faraday, an honest cop on a corrupt police force, who finds himself framed for a series of murders and presumed dead. He is forced into hiding, leaving behind his wife Dana and son, Trip. Fueled by a desire to reunite with his family and to battle criminal forces, Vince Faraday becomes “The Cape” – his son’s favorite comic book superhero – and takes the law into his own hand. As part of the shows promotion, NBC has partnered with DC Comics to premiere the show first on its free iPad app. Starting January 5 – January 8, iPad users will be able to see the one-hour pilot episode before anybody else using the app.Keith stars as Max Milani, the ringleader of a circus gang of bank robbers who mentors Vince Faraday and trains him to be The Cape. As Max Malini, Keith is trying to hold together his team of bank robbers that don’t believe in Vince, “The Cape.” On television, some of David’s numerous acting credits include roles on “ER” and “7th Heaven,” as well as appearances on “Law & Order,” “CSI,” and “The Tiger Woods Story,” for which he received an Emmy Award nomination.

For more information or to schedule an interview, please contact Janell Barrett-Jones at 310.859.9970 or via email at janell@harlotunlimited.com.ABOUT KEITH DAVIDNew York born actor and Julliard alumni, Keith David Williams continues to exemplify the work and character of Hollywood’s greatest actors. With an undeniable ability to remain in demand, some of David’s many on-screen feature film roles include Oliver Stone’s Academy Award-winning “Platoon,” Clint Eastwood’s “Bird,” and Paul Haggis’ Academy Award-winning “Crash,” as well as “There’s Something About Mary,” “Armageddon,” “Pitch Black; The Chronicles of Riddick,” “Mr. and Mrs. Smith”, “Coraline”, The Princess and the Frog”, “Barbershop and “Death at a Funeral.” In addition, Keith has received multiple Emmy Awards for his narration of two Ken Burns documentaries: “The War” and “Unforgivable Blackness”, and was nominated for his narration of “Jazz”. He has also received a daytime Emmy nomination for his work in Showtime’s “The Tiger Wood’s Story” and a Tony Award nomination for Best Supporting Actor in a Musical for his role in the Broadway play “Jelly’s Last Jam.”

For more information regarding Keith David, please contact Janell Barrett-Jones at 310.859.9970 or via email at janell@harlotunlimited.com.