Crazy In Our Own Ways: Mental Illness Around The World 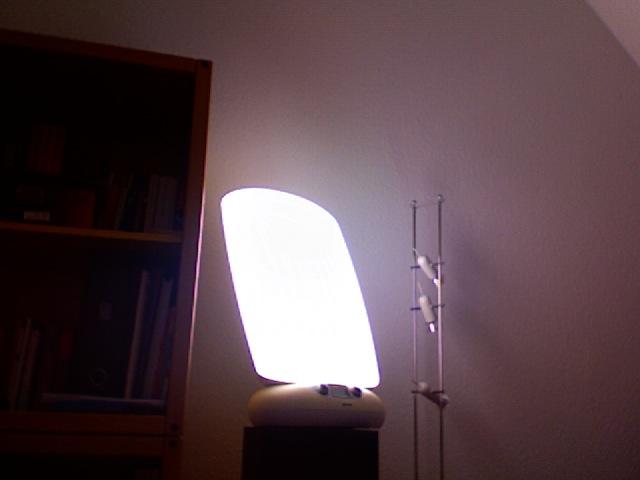 Flying over the cuckoo’s nest can vary radically from culture to culture and after reading a very interesting NY Times article:  The Americanization of Mental Illness, I wanted to find out more about some very particular culture-bound syndromes mentioned, most of which were unbeknownst to me. Killing rampages, fear that genitals are retracting, spirits taking over the body… here are some notable cultural illnesses that step outside the Western medical box and can only be understood, “understanding the ideas, habits and predispositions of the mind that is its host”.


Amok or running amok is derived from the Malay/Indonesian word amuk, meaning mad with rage. It quite literally is a mad fit of rage where a person who hasn’t shown any previous signs of anger or inclination to violence will suddenly switch into homicidal maniac mode and attempt to kill or seriously injure anyone around them. Their fit will be followed by a bout of amnesia wherein the person will return to their premorbid state (i.e. the state before they went haywire) with no recollection of the incident. This violent outburst is prevalent almost exclusively among males. Episodes of this kind normally end with the attacker being killed by bystanders, or committing suicide. Many researchers theorize that amok is closely related to male honor. Some element of deep shame has prevented them from living an honourable life and running amok is a way of escaping the world (as the perpetrator usually gets killed) as well as re-establishing one’s reputation as a man to be feared and respected.


Also known as genital retraction syndrome (GRS), koro is a condition in which an individual is overcome with the belief that his/her external genitals are retracting into the body, shrinking, or in some male cases, disappearing entirely. Koro most commonly strikes men, but rare cases are known to involve women and the fear that either their external genitals or nipples are retracting into the body. Though Koro itself is not physically harmful, and no actual retraction has ever taken place, injuries have occurred when koro-stricken men have resorted to apparatuses such as needles, hooks, fishing line, or shoe strings, to prevent the disappearance of their penises. (Typing that sentence just made my guts churn.) Some Western scholars claim that GRS is similar to the Western category of a panic attack, with sexual elaborations. In cultures where sexual anxiety is high and stories exist of death by genital retraction, a man in the right frame of mind could panic at the observation that his genitals are shrinking in response to cold or anxiety.

It is probably safe to assume, that if you live in the Arctic you are already a stark raving mad lunatic. Pibloktoq is a condition that is prevalent in winter (how shocking!) and is exclusive to Eskimo societies living within the Arctic Circle. The condition is characterized by an abrupt dissociative episode of intense hysteria, frequently followed by convulsive seizures and coma lasting up to 12 hours. Symptoms can include intense screaming, uncontrolled wild behavior, depression, coprophagia (i.e. eating feces- nothing like warm poo on a cold day), insensitivity to extreme cold (such as running around in the snow naked), echolalia (senseless repetition of overheard words, e.g. red rum, red rum) and other irrational and dangerous acts. This condition is most often seen in Eskimo women and is linked to vitamin A toxicity (hypervitaminosis A) found in the native Eskimo diet which consists primarily of organ meats, arctic fish and mammal liver.

Grisi Siknis is a contagious, culture-bound syndrome that occurs predominantly among the Miskito people of eastern Central America and affects mainly young girls ranging from 15 to 18 years old. According to Dr. Phil Dennis of Texas Tech University, grisi siknis is typically characterized by long periods of anxiety, nausea, dizziness, irrational anger and fear, interlaced with short periods of rapid frenzy, in which the victim “lose[s] consciousness, believe[s] that devils are beating them and trying to have sexual relations with them”. In the majority of cases the victim will try and run away. Miskito tradition, according to Dennis, holds that grisi siknis is caused by the possession of an evil spirit. The victim may view other people as devils, feel no pain for bodily injuries and have absolute amnesia regarding their physical circumstances.

“Some grab machetes or broken bottles to wave off unseen assailants. Other victims are reported to have performed superhuman feats, vomited strange objects such as spiders, hair and coins and spoken in tongues. In some cases the semi-conscious victim will speak the names of the next to be infected, although it is not always accurate.”

Susto is a cultural illness, specifically a “fright sickness” characterized by a sudden intense fear of a threatening spirit. Most common among adult women (although men and children have also been affected), it is attributed to a “soul loss” resulting from a frightful or traumatic experience. Through this fright, Earth spirits capture a person’s soul removing it from their body, never again to return. Symptoms include fatigue, insomnia, feelings of loss and depression and eating disorders. Traditional Western medicine has not yet recognized susto but there are some similarities between susto and certain anxiety disorders, “post-traumatic stress disorder” and “acute stress disorder” in particular.

Though anorexia mainly affects young girls and women living in Western societies, cases of anorexia are becoming increasingly common in places such as Singapore and China. A survey found that most of the patients tend to be from rich families, thus ruling out malnutrition as a cause, but a result. Anorexia is the severe restriction of food intake, associated with a morbid fear of obesity. In places in the world where food is scarce, the concern about getting fat is…  non-existent. For many anorexics, self-starvation is a way to feel in control. People with anorexia may feel powerless in their everyday lives, but they can control what they eat. Restricting food is a way to cope with painful feelings such as anger, shame, and self-loathing. Methods used to lose weight include excessive exercise, laxative use and purging, as symptoms of bulimia nervosa may overlap.