The tiny mosquito kills more people around the world every year than any other animal, according to the U.S. Centres for Disease Control (CDC).

“It’s so deadly, it even has a special day named after it — World Mosquito Day,” said K.P. Yohannan (Metropolitan Yohan), founder of mission agency GFA World (www.gfa.ca) that helps millions of families in South Asia and Africa where huge swaths of the population are at the mosquito’s mercy. It’s estimated more than 240 million people battled mosquito-borne malaria in 2020 alone.

Globally, around 435,000 people, mostly children under five, died from malaria in 2017 – roughly equivalent to wiping out the entire population of Surrey, BC. The mosquito’s bite also spreads other killer diseases, including dengue, West Nile virus, yellow fever, Zika, chikungunya, and lymphatic filariasis.

While fatalities are rare in North America, severe cases of West Nile surged 25% here in 2018. And every year about 2,000 returning travellers catch malaria overseas, the CDC reported.

“For most of us in North America, a mosquito bite is an itchy annoyance,” Yohannan said, “but for families across South Asia and sub-Saharan Africa, it’s a sheer nightmare as they watch agonizingly as their child’s life hangs in the balance.”

Organizations like GFA World are on the frontlines, distributing mosquito-repelling bed nets in even the most isolated places. Sleeping under a net every night greatly reduces the risk of getting bitten by an infected mosquito.

GFA missionaries climbed a mountain on foot to reach a remote community caught in a malaria death cycle. They gave out medicine and some 200 nets they’d carried up the mountain for an entire day, showing the local people how to halt the deadly spiral. “Their actions transformed the entire village,” Yohannan said.

A mosquito net costing about $10 can “change a community and show people that God really cares about them,” said Yohannan. “So far, our local missionaries have given out more than 1.3 million nets, and we hope to give out millions more as a practical expression of the love of Christ. Surely this calls to mind Christ’s words in Matthew 25:40, ‘Assuredly, I say to you, inasmuch as you did it to one of the least of these My brethren, you did it to Me.’ ”

GFA World (www.gfa.ca) is a leading faith-based global mission agency, helping national workers bring vital assistance and spiritual hope to millions across the world, especially in Asia and Africa, and sharing the love of God. In a typical year, this includes thousands of community development projects that benefit downtrodden families and their children, free medical camps conducted in more than 880 villages and remote communities, over 4,800 clean water wells drilled, over 12,000 water filters installed, income-generating Christmas gifts for more than 163,000 needy families, and teaching to provide hope and encouragement in 110 languages in 14 nations through broadcast ministry. GFA World has launched programs in Africa, starting with compassion projects in Rwanda. For all the latest news, visit the Press Room at https://gfanews.org/news. 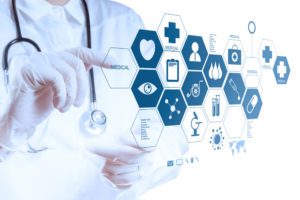 Healthcare has changed dramatically since the start of the pandemic. The use of telehealth technologies to facilitate the remote delivery of healthcare services, was one