The number of people helped by Canadian-based GFA World, www.gfa.ca and it’s world wide partners is roughly equivalent to the entire population of Canada.

GFA World reported millions of water-deprived families across Asia — home to six out of every 10 people on the planet — now have safe, reliable drinking water thanks to the organization’s deep wells and BioSand filters.

In the past two decades, GFA World and its partners around the world have provided more than 30,000 wells and 58,000 filters.

In 2019 alone, the faith-based organization — manned entirely by local workers, many travelling from village to village on foot — helped drill 4,856 new “Jesus Wells” and distribute 12,243 new water filters in communities, many of which were stricken by waterborne diseases.

“In the world’s thirstiest continent, GFA World workers and churches are committed to meeting people’s most vital physical need — safe drinking water,” said the organization’s founder Dr. K.P. Yohannan, as the mission agency released a new report titled Don’t Drink The Water (Unless You Know What’s In It).

The report comes as the World Health Organization (WHO) says one in every three people in the world doesn’t have access to safe drinking water, and the United Nations predicts that by the year 2050 up to 5.7 billion people worldwide could be affected by water shortages.

Finding safe drinking water is not just a problem in Asia. In the U.S., as many as 63 million people — nearly one in every five Americans — have been exposed to potentially unsafe drinking water, GFA World’s report says, citing lead and arsenic contamination.

Demand for Water to Skyrocket

In the next 20 years, global demand for water is expected to surge by more than 50 percent, according to the U.N.

“This desperate situation is especially acute in Asia, where millions of families get their drinking water from the only source available to them — often a dirty river or stagnant pond, which are breeding grounds for parasites and deadly bacteria,” Yohannan said.

Drinking contaminated water can lead to fatal diseases such as typhoid, hepatitis A, and diarrhea. Globally, diarrhea kills almost 2,200 children every day, according to the Centers for Disease Control (CDC).

In one community, the local pastor began praying for a new well when the old village water source dried up, forcing villagers to trek every day to the river. Days later, a team arrived to drill a new Jesus Well. Although skeptical at first, locals soon realized the new well was heaven-sent, the report says.

Beginning with the first well in the year 2000, Jesus Wells — up to 1,500 feet in depth — tap deep underground reserves and bring year-round, clean water to thousands of villages across Asia, each well supplying hundreds of people on average and providing a central community gathering place.

GFA World, www.gfa.ca is a leading faith-based mission agency, helping national workers bring vital assistance and spiritual hope to millions, especially to those who have yet to hear about the love of God. In GFA’s latest yearly report, this included more than 70,000 sponsored children, free medical camps conducted in more than 1,200 villages and remote communities, over 4,800 clean water wells drilled, over 12,000 water filters installed, income-generating Christmas gifts for more than 260,000 needy families, and spiritual teaching available in 110 languages in 14 nations through radio ministry. For all the latest news, visit our Press Room at https://press.gfa.org/news.

PHOTO CUTLINE: QUENCHING THE THIRST OF A CONTINENT: GFA World, www.gfa.ca today revealed it has provided safe drinking water for a staggering 37.5 million people in Asia, the world’s “thirstiest” continent. The faith-based mission agency released a new report titled Don’t Drink The Water (Unless You Know What’s In It). 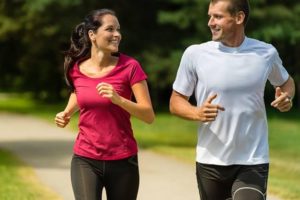 Probiotics are live microorganisms (in most cases, bacteria) that are similar to the beneficial microorganisms found in our bodies. When taken orally, probiotics can help 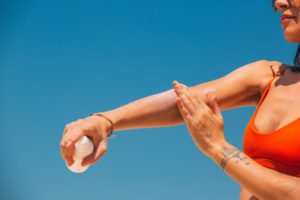 We love the colder months. You can wear all your cute sweaters and leggings, drink hot beverages, enjoy comforting soups, and put the mosquito repellant