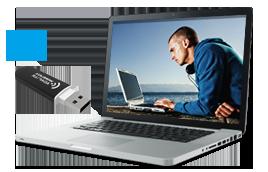 Australian companies which provide home, wireless and prepaid mobile broadband services to subscribers have ramped up their customer service operations in the previous 12 months. The news comes from leading online broadband comparator Compare Broadband in response to new figures from the industry regulator.

The Telecommunications Industry Ombudsman (TIO) has announced new figures showing that direct complaints and other issues with Australian ISPs have dropped strikingly throughout the last 12 months. Consumers take problems to the TIO when they have exhausted avenues of discussion and mediation with their ISP itself.

Throughout the final 3 months of 2011 the TIO reported managing 16,704 fewer complaints regarding new customer subscriptions – compared to 29,097 in the same period of 2010. This equated to a decrease of 45 percent.

The regulator saw a marked drop in total complaints with 62 percent fewer complaints registered with the TIO. This huge drop can be attributed to ISPs investing more time and resources in their customer relationship management and processes, reports Compare Broadband.

Sarah McDonald, spokesperson for Compare Broadband, says: “Many Australian ISPs have in the past received a lot of complaints and had a lot of criticism for the way they communicated with subscribers. They then subsequently backed this with poor complaint-handling processes – that said these new TIO figures indicate that they have become really aggressive about dealing with the issue.”

In the new TIO figures direct complaints have been reported as down noticeably – with complaints about ISP Club Telco down by 72 percent, Eftel down by 65 percent and iiNet down by 62 percent.

There is no mechanism for comparing complaints per ISP, and this is because the industry’s size and scale can skew figures. For example, Telstra receives most complaints simply by dint of being the largest ISP.

Vodafone has had a difficult year and the TIO reported it has had the third-highest number of direct complaints even given its size in comparison to other ISPs like Virgin Broadband, Eftel and TPG. Other ISPs are larger yet received fewer complaints figures. However, Compare Broadband says that Vodafone is looking to fix issues like dropped calls and slow speeds and the company saw a fall in complaints of 41 percent through the last quarter of 2011.
—- ENDS —-