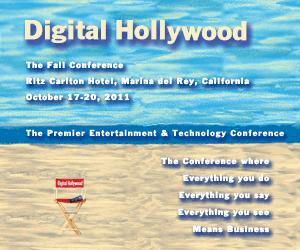 TRANSFORMING THE WORLD THROUGH COMEDY

Ritz Carlton Hotel, Marina del Rey ,CA (Hollywood Today)10/18/11/—The newly formed Transforming the World Through Comedy conceived by comedy industry leaders Amber J. Lawson, Zoe Friedman and Jodi Lieberman announce their inaugural event and their 2011 catalytic philanthropy partnership with Off the Mat Into the World at the Digital Hollywood Comedy Summit at the Ritz Carlton in Marina Del Rey. Transforming the World Through Comedy was created to raise funds for worldwide catalytic philanthropy and will launch its first comedy fundraiser streamed live from New York City , Chicago and Los Angeles on November 16th 2011.

“Transforming the World Through Comedy is an annual multi-platform global event to raise funds through comedy performances in venues & streamed live from various time zones around the world,” says Amber J. Lawson co-founder of TWTComedy. “The funds raised will support the chosen catalytic philanthropy.”

“As comedy business veterans, we are surrounded by the gift of laughter and know the power of it.  This has compelled us to use our relationships to take positive action to affect change in the world,” says Jodi Lieberman co-founder of TWTComedy.

This year’s event will take place on November 16th and will be hosted by comedy clubs in three cities; Gotham in New York City , Zanies in Chicago and The Hollywood Improv in Los Angeles .  Transforming the World Through Comedy will debut over three time zones and on multi-platforms.  Tickets can be purchased for the live shows.  Additionally, the shows will be live streamed on TWTComedy.com. The show starts at 8pm in New York and Los Angeles and 8:30 pm in Chicago .

The line-ups** for this year’s premiere event includes:

TWTComedy is proud to be partnering with Off the Mat Into the World for the 2011 catalytic philanthropy initiative.  This yoga based charity activates leaders who want to make a difference around the world.  OTM’s work creates sustainable change around the globe.  This year, the funds raised will go to OTM’s Global Seva projects creating stability in Haiti through local projects such as building schools for orphaned children and micro-financing support for small businesses.  In addition, funds will also be benefitting the Empowered Youth Initiative in the United States .

Tickets for the live shows are $35 and donations are accepted on the twtcomedy.com site. Our social media and distribution partners include LaughStub, a TicketMob company, and Take Part a division of Participant Media.

About Transforming The World Through Comedy (TWTComedy.com)

Off the mic and into the world. Transforming the World Through Comedy is the annual global event brainchild of Amber J. Lawson, Zoe Friedman and Jodi Lieberman. The multi-platform event raises funds and awareness through comedy performances in venues & streamed live from various time zones around the world.  The funds raised support the annual catalytic philanthropy.

Zoe Friedman was Vice President of Original Programming at Central Central for the last 10 years.  Prior to that, she booked and produced stand-up comedians for Late Show with David Letterman.  She is currently working on a documentary about The Improvisation.