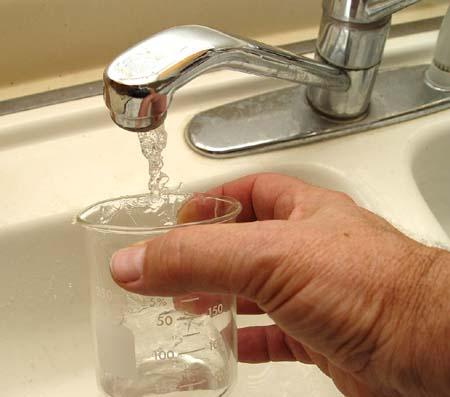 — A widely used pesticide known to impact wildlife development and, potentially, human health continues to contaminate watersheds and drinking water throughout much of the United States, according to a new report released today by the Natural Resources Defense Council (NRDC).

Banned by the European Union, atrazine is the most commonly detected pesticide in U.S. waters and is a known endocrine disruptor, which means that it affects human and animal hormones. Last year, NRDC’s Poisoning the Well report shined a bright light on widespread contamination of American drinking water by the pesticide atrazine.

An EPA investigation of the chemical kicked off soon after the report was released and magnified by prominent media coverage, with expert meetings being held all last week in DC. The report authors today released Still Poisoning the Well, which uses updated data and new scientific research to show that the vexing problem continues throughout the Midwest and southern United States.

Atrazine season is here, and while it is great to see the U.S. EPA revisiting the registration of this pesticide, until they change monitoring policy high concentrations in drinking water will continue to be ignored,” said Sass. This exposure could have a considerable impact on reproductive health. Scientific research has tied this chemical to some ghastly impacts on wildlife and raises red flags for possible human impacts.”

The report reveals that all of the watersheds monitored by EPA and 80% of the drinking water sampled tested positive for atrazine. Contamination was most severe in Illinois, Iowa, Indiana, Missouri, Kansas and Nebraska.  An extensive U.S. Geological Survey study found that approximately 75 percent of stream water and about 40 percent of all groundwater samples from agricultural areas contained atrazine, and according to the New York Times, an estimated 33 million Americans have been exposed to atrazine through their drinking water systems.

“The extent of contamination continues to be shocking,” said Mae Wu, an attorney in NRDC’s Health and Environment program focused on the regulation of pesticides, toxins and drinking water. “It has been found everywhere that regulators have looked for it. Given the troubling questions that continue to be raised by independent scientists, we continue to believe that this dangerous weed killer needs to come off the market so that we can keep it out of our drinking water.”

“People living in contaminated areas need to be made aware, so they can use filters to protect themselves,” said Sass.

Click here for the full report, including detailed maps of affected areas and Google Earth applications.

The contamination data in the report was obtained as the result of a Freedom of Information Act requests. The report highlights watersheds and municipal water treatment systems most affected by the chemical contamination, offers policy solutions, and describes actions that people can take to protect themselves from exposure to this dangerous chemical in their water.

Atrazine is regulated by the U.S. Environmental Protection Agency (EPA). Under the Safe Drinking Water Act (SDWA), EPA has determined that an annual average of no more than 3 parts per billion (ppb) of atrazine may be present in drinking water. One of the chief findings of the report was that this reliance on a “running annual average” allows levels of atrazine in drinking water to peak at extremely high concentrations.

Given the pesticide’s limited economic value and the fact that safer agricultural methods can be substituted to achieve similar results, NRDC recommends phasing out the use of atrazine, more effective atrazine monitoring, the adoption of farming techniques that can help minimize the use of atrazine to prevent it from running into waterways. The report also underscores the importance of using home filtration systems.

The effects associated with atrazine have been documented extensively. Some scientists are concerned about exposure for children and pregnant women, as small doses could impact development of the brain and reproductive organs. Research has also raised concerns about atrazine’s “synergistic” affects, showing potential for the chemical having a multiplier affect to increase toxic affects of other chemical co-contaminants in the environment. A study in Indiana showed a significant correlation between atrazine in tap water and low birth weight.