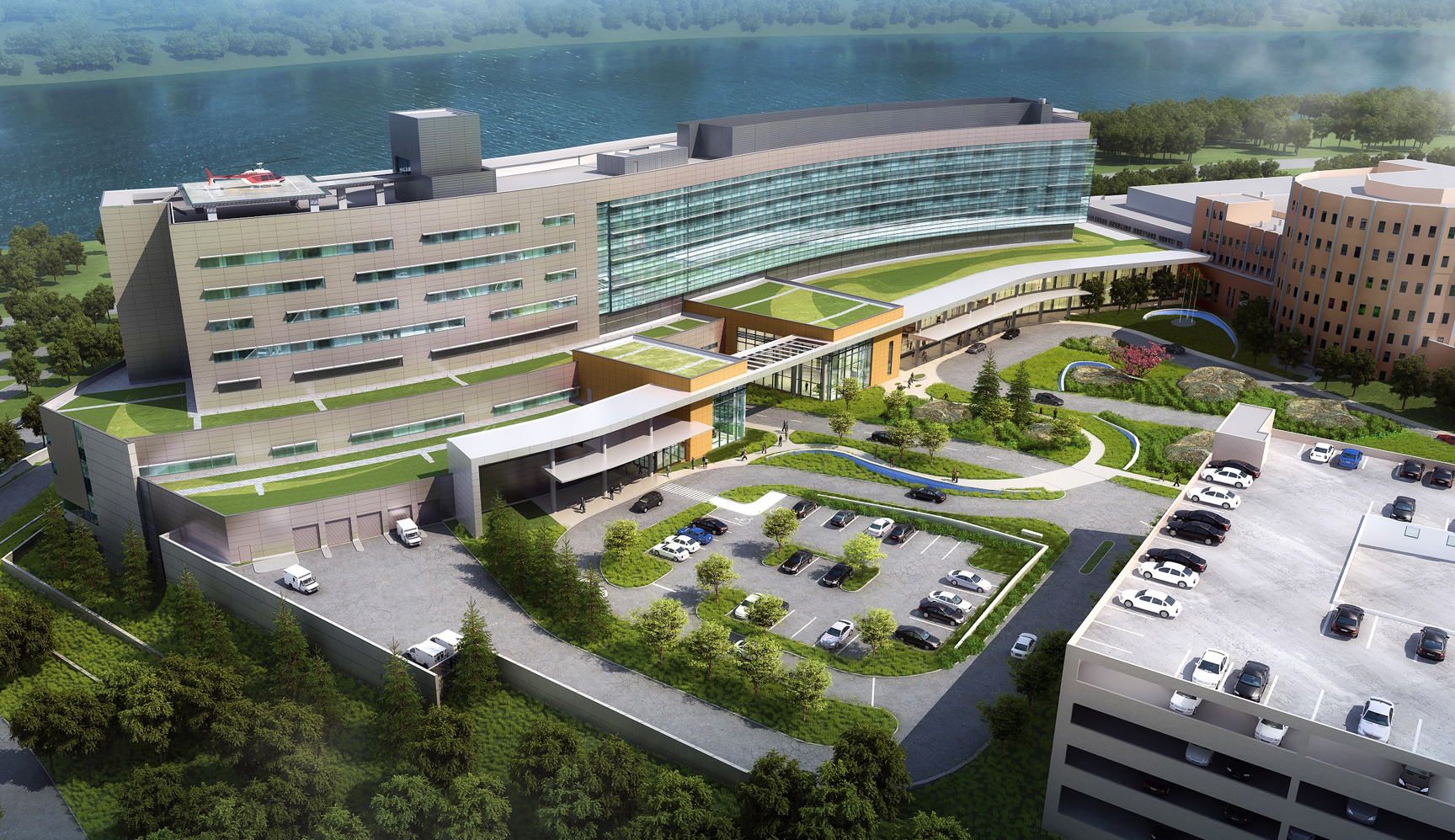 Recently, Ducci Electrical Contractors completed its work on a massive medical center complex, Vassar Brothers Medical Center, installing all the new facility’s electrical components and systems. The complex opened its doors in January 2021. As the largest construction project ever in Poughkeepsie, NY, the medical center offers 752,610 square feet and rises eight floors. It is a major expansion of the previously existing hospital.

Ducci Electrical is based in Farmington, Connecticut, and specializes in electrical services for complex construction projects that have an aggressive and focused completion pace. The scope of work for the medical complex included all normal power distribution, as well as emergency power, fire alarms, lighting, security, paging, and life safety systems. Ducci Electrical also completed the nurse call, data, audio-visual, and closed-circuit television systems at the complex.

The electrical work for the Vassar Brothers Medical Center included both a 15,000-volt and 12,000kva main service. Ducci Electrical provided all the electrical site work and temporary power during the construction of the medical complex. The new facility was not the only part of this project, which also included the expansion of the existing medical center. The new electrical system that was created was integrated with the existing system, which required coordination at a level of extraordinary detail.

Continuous power and reliability for the existing hospital could not be compromised for the installation of the new expansion, and the integration of the new and old systems was done in carefully-planned shutdowns and stages to ensure that everything would work effectively and protect personnel and patient health and safety during the construction and beyond. During the main phase of the construction, Ducci Electrical Contractors had over 100 electricians on the project. The workmanship was high quality and the company’s safety record remained impeccable.

The completed project was part of Nuvance Health, and provided 264 private rooms for patients, along with 12 surgical suites and 15 operating rooms that also include pre-operative and post-operative care. An intensive care unit with 30 beds, along with a 66-bay department for trauma and emergencies was also created. A rooftop helipad was part of the project, as was a cafeteria with seating for 240, a conference center that can seat 300, and a parking garage with 265 spaces.

As a total project price, the new medical center cost $545 million and took four years to see completion. Architecturally beautiful, the pavilion follows the curved shape of the Hudson River, and the patient tower offers striking views of the water. The comfort of patients and staff was a large focus of the medical center’s design, with larger patient rooms and more overall space.