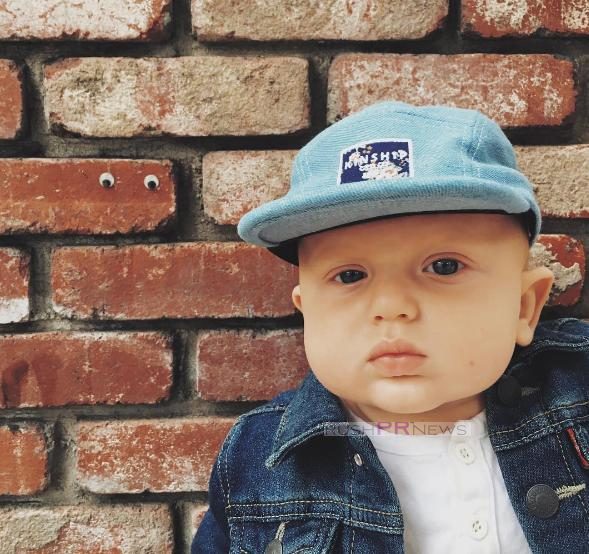 Monique Ritter, a Mompreneur, has created a range of stylish 5-panel hats for babies and toddlers, inspired by her San Francisco home. Disheartened by only being able to find hats for her newborn son that were heavily branded, gendered or emblazoned with corporate logos, Monique started hand sketching her own designs. Launched August 2016, Kinship Cap is now selling online hats for babies like hot cakes.

Modeled on the website by Monique’s son, for whom the cap was initially designed, the Kinship Cap is available in four colors and patterns. Each style has been created to effectively shade the child from the sun, sit comfortably on their head, and coordinate with practically any outfit they already own – white with a blue bird motif, gray wool, faded denim and color block. Unisex, simply designed and made from comfortable cloth, these caps are an antidote to the conventional accessories aimed at children, which are usually heavily branded with Disney characters and corporate logos. Monique saw this lack of choice and turned it into a stylish business opportunity, understanding that many moms like her prefer to dress their children in a more relaxed, modern style.

Inspired by the urban, minimalist aesthetic which is so synonymous with San Francisco, the Kinship Cap is the first of its kind for young children. “The Kinship Cap is the same, chic 5-panel cap design that is already readily available in adult sizes, just for little heads.” Using her own son’s preferences as her inspiration, Monique took her experiences as a mom to ensure the Kinship Cap was both wearable and stylish. Familiar with the world of tech startups, where she worked after graduating from UC Santa Barbara, Monique was used to tailoring a product to the highly specific needs of its users, and young children proved to be one of the toughest challenges yet. “Babies and toddlers can be particular about what they wear – comfort is a major factor. If it does not feel nice against their skin, they will not want to wear it.”

The four designs are hand sketched by Monique, inspired by fabrics and patterns she has sourced around San Francisco, and then produced internationally by an equitable manufacturer. This aspect of the process was particularly important to Monique. From the idea’s conception, the Kinship Cap’s creator was adamant that the cap is to be made ethically, mainly as child labor is often associated with the manufacturing of children’s fashion in the US – a concern that herself and many of her friends had always had when dressing their children.

Monique found that many people were surprised by her decision to start a business while looking after a newborn – she thought it was perfect timing since she “was up all night anyway”. Fuelled by the frustration of people treating her like she was ‘fragile’ during her pregnancy, Monique chose this time in her life to challenge that message. Having already cycled over five Tour De France mountain passes while pregnant, she knew it was not a weakness or a hindrance. “I came back feeling empowered and wanted to push back on this harmful ideology that’s so common in the US – that pregnant women are weak or suffering from ‘baby brain.’ I felt stronger and convinced that pregnant women and new moms are capable of so much more than we are made to believe. Hopefully, Kinship Cap proves this.”

The Kinship Cap is now available in baby sizes from 5 to 18 months from the online store. Toddler sizes will be available from September.

About The Kinship Cap Co.

The Kinship Cap Co was established in 2016 by Monique Ritter. Each cap is designed with love in San Francisco and inspired by Monique’s young son.