Influential Magazines That Advocate Women of Color, Featured Inside Memoir of A Jaded Woman: Tainted Love 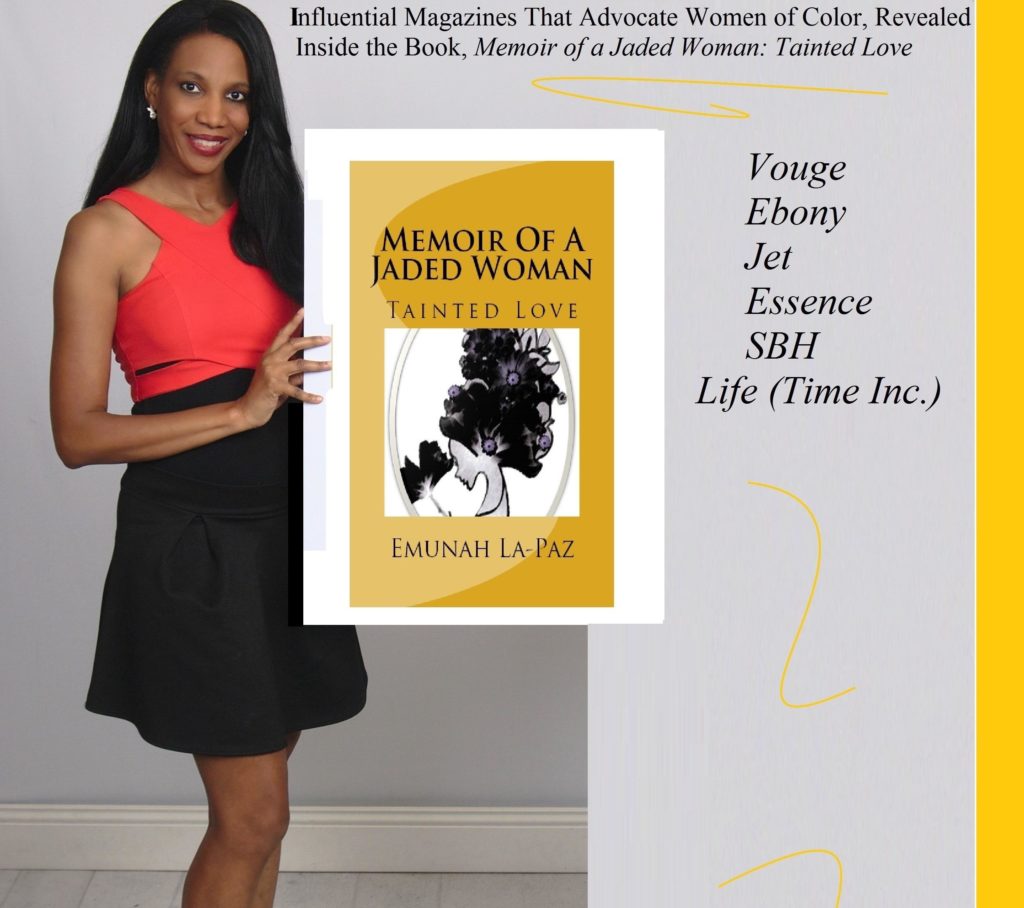 In the book Memoir of A Jaded Woman: Tainted Love, one of the main characters, an African–American woman named Faith, reveals the influential magazines that brought awareness to women of color and from all backgrounds.

Faith, who worked as a commercial model in the early 90s, shared that top modeling opportunities were scarce for women of color. Back then, the ‘all-American girl next door’ was all the rage. Christie Brinkley, Christy Turlington, Cindy Crawford, just to name a few, dominated the fashion industry. Women of color had to make their presence known through African–American magazines, or mainstream magazines that boldly took a chance by placing a woman of color on the cover.

The memoir reveals that Beverly Johnson was the first black model to land on the cover of American Vogue, in August of 1974. Doors slowly opened, launching the careers of supermodels Iman and Tyra Banks; and not to forget Naomi Campbell, the first black woman to appear on the cover of French Vogue. These women of color fulfilled the small demand for African–American models in that era.

Beauty magazines catering to black women were also scarce. Magazines such as Ebony, Essence, and Sophisticate’s Black Hair Styles and Care Guide magazine that caters to the unique hairstyles and trends to women of color—were a gift to this segment of the female population, who at times appeared to be overlooked in a predominantly Barbie-obsessed world.

The groundbreaking magazines listed above had a historical presence, eventually capturing the attention of women readers from all backgrounds and nationalities. Added to this was the recognition of the well-respected national publication Life (Time Inc.) magazine. This renowned periodical presented decades of journalism, often informing and educating our world on the history of African–American culture. From the times of the civil rights movement to the introduction of the first African–American models.

On October 17,1969, Life magazine released an issue entitled “Black Models Take Center Stage,” featuring veteran model Naomi Sims on the cover. This issue inspired many African– American women and served as an inspirational visual art for women of all backgrounds. Magazines such as Vogue continue to inspire women from a range of backgrounds and nationalities to this day, and in recent times have featured First Lady, Michelle Obama. Other magazines such as Essence, Life, SBH and Ebony, continue to captivate their audiences by providing material through multimedia to help mold and shape cultural awareness within a world that craves social understanding and depth of diversity.

Click on the link below to view more information about this book.