Welcome to the Worldâ€™s most Supercharged Messenger Bag for Commuters 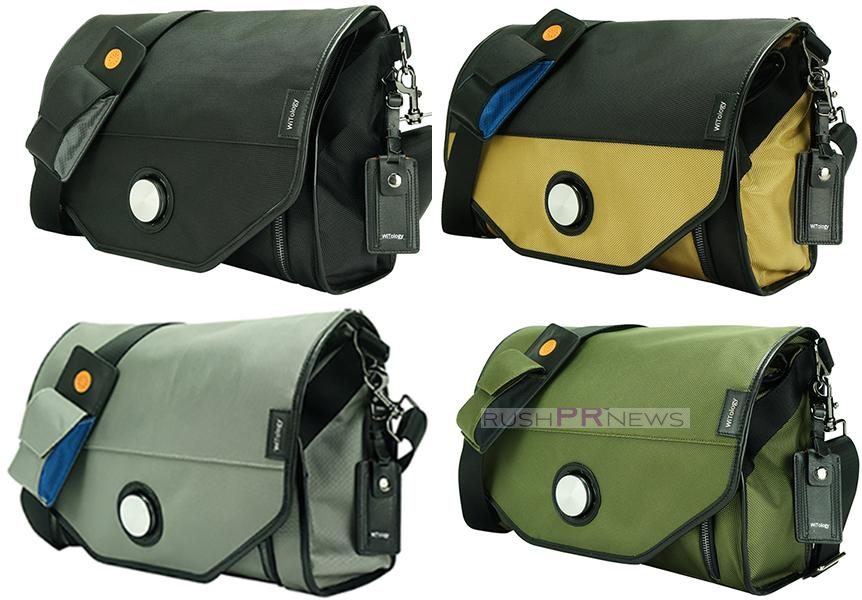 The ability to charge a smartphone or iPad without resorting to plugs and power cables is just one of a series of impressive features in the incredibly stylish C-Series accessories collection launched today on Kickstarter.

The project is a clever hybrid of the Super Charged Urban Messenger Bag, Smart Wallet and Urban Mini Bag. The Messenger Bag and Smart Wallet both contain the world’s first-ever dual wireless Qi receiving and transmitting power source to charge iPhones and iPads using wireless technology. The Urban Mini is a smaller, more versatile saddle bag which can also be worn as a cross-body bag for off-bike excursions.

The Kickstarter campaign is live now, lasts for a month, and backers will receive up to 60 percent off to reward their support in helping bring the C-Series to market.

The coordinating bags and wallet are the brainchild of London-based George Powell, 33, who regularly experienced the frustration of dashing off to work without having charged his gadgets the night before.

“I part-cycle to work, and there was no way I could charge my phone or my tablet en-route without stopping into coffee shops or searching for available plug sockets,” he said. “The other half of my journey was on public transport and instead of being able to prepare for work electronically if my phone or iPad were down which they inevitably were mid-afternoon, it meant I went into meetings half-prepared and had missed a lot of calls and messages.

“After work I head to the gym needing a separate holdall for my shoes, towels, muay thai gloves and clothes.  I wanted to create one bag that was adaptable, practical and functional to ensure I was free to move around and had what I needed to see me right through the day..”

WiT power in the Urban Wallet is available with a super slim 2,600mAh wireless Power source and a Qi Compatible Wireless Charging Pad which allows the user to place the wallet overnight on the charging dock enabling the Power source to recharge to keep powering the phone through the following day. The urban Messenger includes a 20,000mAh Power source providing up to 10 full charges for smartphones and tablet on the move wire free.

Built to last using ballistic nylon, magnetic turn locks and LED lights the C-Series accessories integrates smartphone features through WiT. This includes Find my bag, Find my phone and direct access to the camera shutter for selfies, video record and voice memos – all at the click of a button.

Added Powell: “The strength of this collection is the fact it’s both stylish and practical. The bags also come with a five-year warranty.”

More information on the Super Charged Urban Messenger Bag, Urban Mini and Urban Wallet can be found via the C-Series Kickstarter page