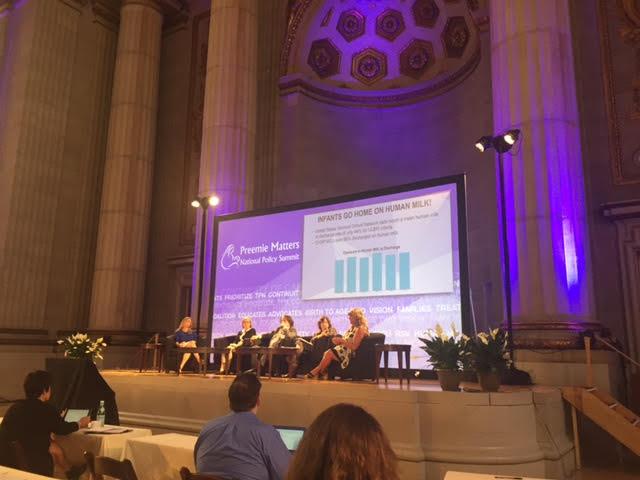 The Newborn Foundation and Coalition, nonprofits leveraging technology innovations to improve outcomes and reduce disparities for newborns, announced today that they have joined the National Coalition for Infant Health. The announcement comes during the annual Preemie Matters National Policy Summit, co-convened by the Institute for Patient Access and the National Coalition for Infant Health, happening June 24-25 at Union Station and the Andrew W. Mellon Auditorium, Washington, D.C.

The policy summit is exploring access challenges facing premature infants and their families and will feature panels with physicians, advocacy and policy leaders, remarks by Rep. Jaime Herrera Beutler (R-Wash.) and Rep. Katherine Clark (D-Mass.), and a keynote luncheon address by Nancy Grace, CNN host and mother of premature twins. Annamarie Saarinen, co-founder and CEO of the Newborn Foundation | Coalition – and mother of a baby who spent 5 weeks in NICU settings – is among a panel of experts speaking on continuity of care in the community setting.

“We are in a unique position to define an impactful national policy agenda to protect the nation’s most vulnerable young lives”, said Dr. Mitch Goldstein, Associate Professor of Neonatology, Loma Linda Children’s Hospital, and Medical Director of the National Coalition for Infant Health  “The Newborn Foundation and Coalition have achieved significant policy successes and we are excited to have them as part of an already impressive roster of organizations that have worked together since 2005 to empower parents and providers with education and advancement of care the most fragile babies and young children.”

Every year, 450,000 babies – one in every nine – are born premature. Prematurity is the leading associated cause of infant death during the first year of life. Premature infants who do survive often face lifelong disabilities, including visual and hearing impairments, feeding and GI complications, cerebral palsy, chronic lung disease, learning difficulties and other mental disabilities.Parents of premature infants often face emotional and financial struggles, with the economic toll of premature care on the nation’s health care system totaling more than $26 billion each year.

Founded in 2006, the Alliance for Patient Access (AfPA) is a national network of physicians dedicated to ensuring patient access to approved therapies and appropriate clinical care. AfPA accomplishes this mission by recruiting, training and mobilizing policy-minded physicians to be effective advocates for patient access.

About the National Coalition for Infant Health

The National Coalition for Infant Health (NCfIH) educates and advocates on behalf of premature infants from birth to age two. NCfIH envisions safe, healthy infants whose families can access the information, care and treatment their babies need.

About the Newborn Foundation | Coalition

The Newborn Foundation is a domestic and international non-profit leveraging health technologies to improve access and outcomes while reducing disparities for newborns. The organization has been integral in the policy development, adoption and implementation of technologies for early detection, intervention and care of the youngest patients.