Remapping and Insurance: What You Need to Know 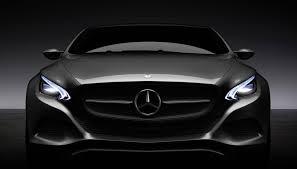 With turbodiesels often getting some of the very best results from being remapped, it’s little wonder that huge numbers of people are having their ECUs flashed. Gains of up to 30% more torque are hard to resist at such cost effective prices, but there’s a step in the calculations that a lot of people don’t take into account – car insurance. So even though car insurance premiums in the UK and U.S. have fallen in recent times, this will offer no assistance to certain motorists.

We all know that insurance is essential – it’s the law to have it, but many people are forgetting to declare that they’ve had a remap to their provider. Quite simply, this could be classified as insurance fraud, resulting in all manner of unexpected costs. Insurers can refuse to pay out in the event of an accident if they can prove your car is different to the specifications you gave them.

The Performance of Your Car: The Key Aspect for Insurers

Performance is a very important aspect that insurers look at when they decide how risky a vehicle is, which is why they need to know if a car has been remapped. If you’re getting a quote, then there’s usually an option to enter any modification details, but if you already have a policy, you should definitely give your insurer a call before making any modifications. Many, including One Sure, like to be called to discuss modifications, which is often better than simply selecting ‘engine power increase’ in a drop-down box.

Many companies are perfectly accommodating to performance modifications, but there’s always the chance of a large premium increase. You don’t want to find this out after making the change. Diesels, being naturally economical, are sometimes remapped not for performance, but for better economy. This is still classed as a modification to the standard engine however, and still needs to be declared to your insurance provider. It might not make any difference to your premium at all, but it’s not worth not making it known.

Remapping and Software: The Truth for Motorists

Many people think that, as remapping is a software change, they can easily get away with not declaring it to their insurer because it’s not easy to discover. The fact is however, that as remapping is becoming increasingly common, more garages are making the check. It doesn’t take much for diagnostics software to identify a flashed ECU, so again, don’t risk it.

It’s definitely worth getting your diesel remapped if you’re looking for a bit of extra grunt, but always do it properly – get it done by a reputable technician, and make sure that you keep your insurer informed.