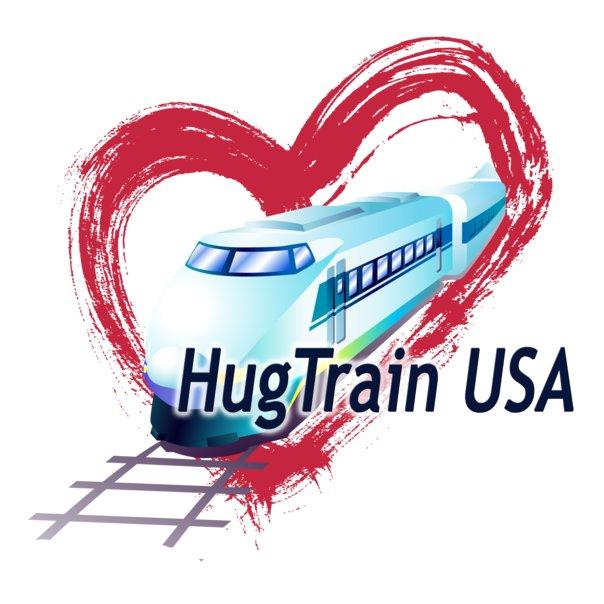 HugTrain has confirmed that it will partner with To Write Love on Her Arms (TWLOHA) to further the cause of mental health support and awareness as part the 5th edition of its rail journey across America.

After a mini tour of the Pacific Northwest from December 5th to 9th, the 5th annual Holiday HugTour will launch from Charlotte, NC on December 24th, HugTrain will circle the US on Amtrak distributing hugs, raising funds and awareness for mental health and challenging perspectives on vulnerability. Stops along the way include  New Orleans, San Antonio, Los Angeles, San Jose, Denver and Chicago with a finale in the nation’s capital on January 5th. As with every year, HugTrain will ring in the New Year by giving out free hugs at the foot of the Golden Gate Bridge. A more detailed itinerary can be found below.

Many Americans find the holidays to be a difficult time of year to deal with due to a range of factors including shorter days causing a vitamin D deficiency and idealistic situations presented in holiday advertising and entertainment reminding people of what they don’t have and the financial strain of the holidays.

To fill the gap, HugTrain has crisscrossed the US by train during the holiday season since 2009 to deliver hugs to people on the train, at the station and in the cities it passes through.

Using the web, social media and apps like Whisper, HugTrain lets people know when it is in town and also also finds people along the route who are having a hard time dealing with this stressful period and offers them support in the form of a hug or someone to talk to.

“Hugs are a very simple but very rich form of communication – you don’t have to explain why you need one and it doesn’t have to be formulated in a specific way to be helpful but studies have shown that hugs help improve mental health” says Arié Moyal, founder of HugTrain.

Over the years, the HugTour has touched many people and encountered many unexpected moments like doing jigsaw puzzles in the dark in the middle of Utah, a spontaneous sing-a-long in the Rockies, a lesson in hugging from a hotel bartender in Atlanta, appreciation from psychiatric nurses on the streets of Manhattan and a conductor borrowing the Free Hugs sign to greet passengers as the train pulled into the station and during boarding.

Arié Moyal is available for interviews by phone and email now and until departure and in person as the schedule allows.

Founded in 2009 by Arié Moyal HugTrain’s mission is to offer a different perspective on the world by distributing and facilitating the exchange of hugs and mental health support by using technology to connect with people online and offline.

To Write Love On Her Arms is an non-profit movement dedicated to presenting hope and finding help for people struggling with mental health challenges TWLOHA exists to encourage, inform, inspire and also to invest directly in treatment and recovery.