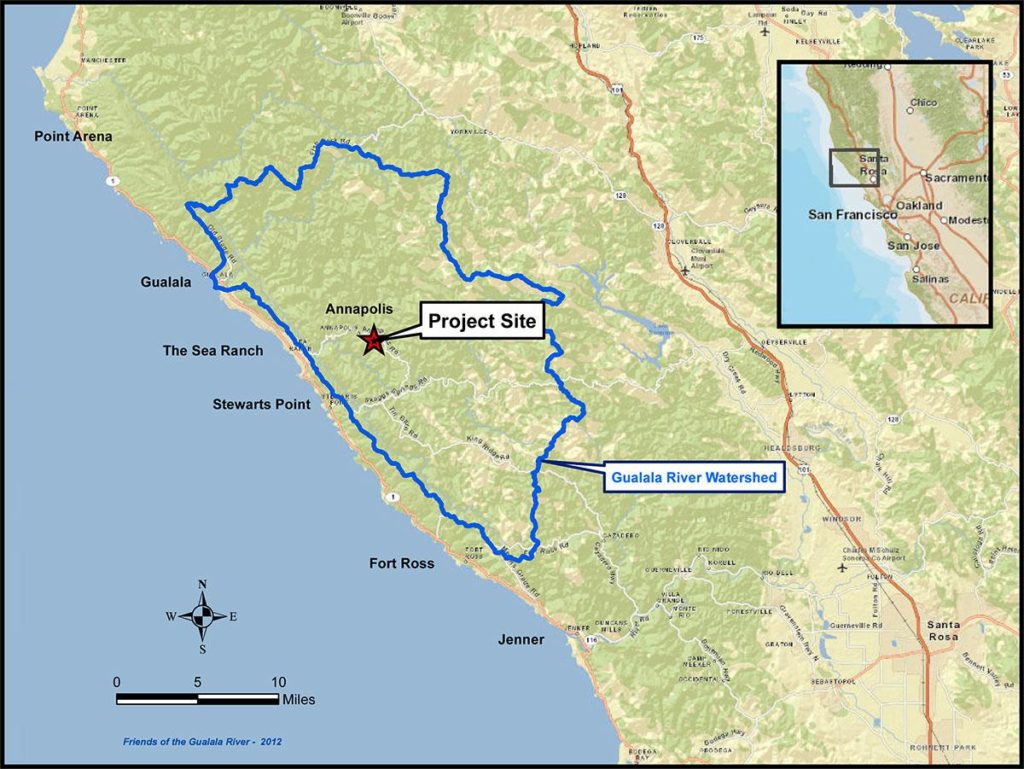 The Sierra Club’s Redwood Chapter, the Center for Biological Diversity and Friends of the Gualala River sued the California Department of Forestry and Fire Protection (Cal Fire) for violating state law in approving the Fairfax “forest conversion” project, funded by Spanish company Codorníu S.A., the owner of Napa Valley’s Artesa Winery. The suit was filed in Sonoma County Superior Court.

“Sonoma County has already experienced a large-scale conversion of natural oak woodlands and inland forests to agriculture, and we intend to draw a line to stop further destruction of redwood forests and salmon streams for more acres of grapes,” said Chris Poehlmann, president of Friends of the Gualala River.

“Sonoma County needs to conserve its remaining forestland for the benefit of future generations, not sacrifice redwood trees for the sake of pinot noir,” said Jay Halcomb of the Sierra Club.

“The idea that Artesa could permanently clearcut and destroy 154 acres of redwood forest, rip out the stumps, remove all vegetation, bulldoze the soil, apply tons of chemicals and install miles of wildlife-exclusion fencing with no significant environmental impacts, as claimed in the environmental review by Cal Fire, is just not credible,” said Dave Jordan of the Sierra Club. “We’re not against wine or grape-growing, but we object to the destruction of forests and Native American heritage.”

The environmental review for Artesa’s project also attempts to sidestep impacts it would have on American Indian heritage and cultural resources. The land the winery purchased has been used extensively by American Indians since prehistoric times and contains numerous significant archeological sites that have not been adequately documented or protected. The Kashia Pomo have publicly stated that the land is spiritually important to them.

The Center for Biological Diversity is a national, nonprofit conservation organization with more than 350,000 members and online activists dedicated to the protection of endangered species and wild places.