Bitcoin Alliance of Canada Inaugural Board of Directors Announced 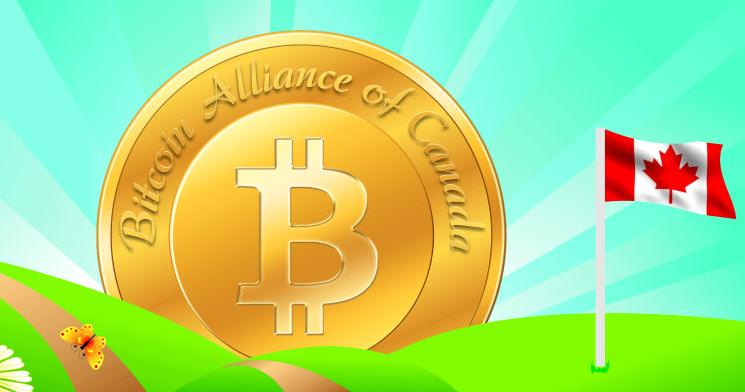 44
SHARES
ShareTweetShareShare
The Bitcoin Alliance of Canada (BAC) – a not-for-profit organization dedicated to fostering the understanding and use of Bitcoin – has voted on the members for the inaugural Board of Directors. This board will be tasked with solidifying the goals of the Alliance and bringing together the Bitcoin community in Canada. The seven individuals below have been elected by an independent selection group to sit on the board.
Curtis Albrecht (Calgary AB)Albrecht is an entrepreneur with a background in electrical engineering, telecom, Internet and Internet security. He has a talent for explaining Bitcoin to others, has served in leadership and technical positions on many boards, and founded the Calgary Meetup Group
Jeff Coleman (Winnipeg, MB)
With a professional background in technology and non-profits, and experience working with media and policy makers, Jeff Coleman has worked with many community organizations in Winnipeg. He has a solid technical background in Bitcoin, and has been actively engaged in the online community since 2010. With communication as a specialty, he has a talent for explaining the fundamentals of Bitcoin to audiences of any level of expertise, and he’s spoken with many international media organizations, and given numerous interviews.
Anthony Di Iorio (Toronto, ON)Di Iorio has a background in marketing, management and entrepreneurship, and has held many leadership and community organizational roles. He has managed numerous trade shows, and has taken part in many national and local Bitcoin interviews and news stories. A local Bitcoin trader in Toronto, founder of the Toronto Bitcoin Community, and the Bitcoin Alliance of Canada, this entrepreneur is currently working on various projects and ventures centered around Bitcoin.
Reed Holmes (Halifax, NS)
Holmes is the Business Development Manager at CaVirtex, the leading Canadian Bitcoin exchange. He has degrees in both political science and journalism and his wide range of technical skills have allowed him to build, maintain and sell web related services as an independent contractor.
Howard Patosh (Burlington, ON)A technical expert with management skills, Patosh is a serial entrepreneur with a 30-year record of identifying trends as they relate to the high-tech industry. He is involved with three start-ups, including one company that offers semiconductor clients, an analysis of their business and marketing plans, then proposes recommendations. Recently, clients have approached him to spec out a new and better Bitcoin Miner.
Michael Perklin (Toronto, ON)
Perklin is a security professional and cyber-crime investigator for one of Canada’s largest telecommunications companies. He has a Master’s in Information Assurance, Bachelor’s in Information Systems Security, and various certifications in security and digital forensics. Besides being an accomplished speaker on technology, Perklin also offers open-source coding and education in the online Bitcoin community.
Eric Spano (Pointe-Claire, QC)
Spano has a Bachelor’s in Commerce and experience as an accountant working for Ernst and Young. He’s had the opportunity to be involved in consulting and audit engagements with several large non-profit organizations, and has an understanding of the operational and financial aspects of NPOs. He also possesses a deep understanding of Bitcoin and taxation in Canada. His current project is a site called Bitgo, where users can pay their taxes in Bitcoin.
About the BAC
The BAC is a not-for-profit organization of Bitcoin enthusiasts in Canada, dedicated to promoting Bitcoin with dynamic perspectives and clarity in the media, providing information and resources to merchants and consumers, and facilitating discussions with banks and government bodies in Canada.
For media requests, general inquires, or to get involved, please contact:
Bitcoin Alliance of Canada:
Anthony Di Iorio
+1 416-831-9593
adiiorio@bitcoinalliance.ca