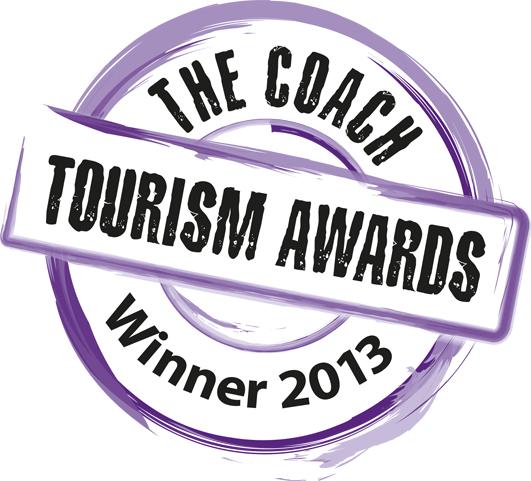 Allan Lonsdale, of Alfa Travel Ltd was recognised as Coach Tour Driver of the Year at the annual Coach Tourism Awards, held on the 9th May in Liverpool.

The awards, organised by trade magazine Coach Monthly, recognises excellence and innovation across coach tour operators, tourist destinations and attractions, and industry suppliers. Commenting on his success, Operations Director, Alan Scoles says “Allan was recently announced as the winner of Alfa Travel’s Coach Driver of the Year award, an award that is ultimately decided by passengers who have travelled and experienced each driver’s customer skills, driving style and knowledge of the Alfa product.  For Allan’s success to also be recognised on a national level is a huge achievement and we are all very proud.”

The combination of positive testimonials from both customers and industry colleagues gave Allan Lonsdale the edge in this year’s awards. The judges noted his success in being awarded Alfa Travel’s ‘Driver of the Year 2012’. The judges also noted comments from Allan’s managers saying that he’s an exemplary employee who’s smart in appearance, popular with colleagues, interchange staff, hotel managers and office staff. But in an industry where the coach tour driver can make or break a tour, and the reputation of the company, it was this comment from one testimonial that added the icing to the awards cake: ‘Allan’s a nice fella to deal with’.

Alfa Travel was also recognised as a finalist for the category of Coach Tour Operator of the Year – large fleet. This award champions a commitment to quality, innovation and training as well as having an excellent industry reputation.

The awards presentation was hosted by the editor of Coach Monthly magazine, Stuart Render, and television presenter, and travel and tourism expert, Judith Chalmers. “The Coach Tourism Awards is the only national awards scheme to focus specifically on the coach tourism community,” says Stuart Render. “Allan was up against the best of the best coach tour drivers in the country so this is therefore a well-deserved and a significant achievement.  Our winners and finalists are at the forefront in delivering excellence across all sectors of the industry, helping to raise the quality of customer service and quality across coach operators, destinations, visitor attractions and tourism industry suppliers.”

Alfa Travel was founded in 1990, it has fast become well known for “exceeding expectations with quality, value for money coach holidays”, and prides itself on delivering exactly that, enhanced by impeccable customer service. Today Alfa Travel operates extensive tour programmes from the four geographical catchment areas of the North West, South, Midlands and North East of England, carrying over 100,000 holidaymakers every year.

For more information on Alfa Travel go to www.alfatravel.co.uk

For details of all the winners and finalists go to www.coachtourism-awards.com