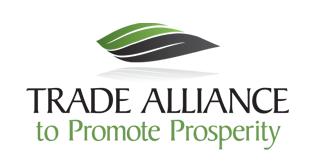 The Trade Alliance to Promote Prosperity (TAPP), an advocate for global cooperation and economic development through free trade, urges global policymakers to take a closer look at the facts about re-shoring in America as opponents ramp up “off-shoring” rhetoric in reaction to the agreement between the United States and Japanese Prime Minister Shinzo Abe to work more closely to promote Japan’s participation in the Trans-Pacific Partnership (TPP).

“This bilateral commitment to bring the world’s third-largest economy into negotiations on an important multi-lateral free trade agreement in the Asia Pacific region is a step in the right direction toward long-term American job growth in a global economy – and progress should not be derailed by protectionist rhetoric,” said Patrick Rosenstiel, Founder and Executive Director of the Trade Alliance to Promote Prosperity.

“The TPP is the most significant foreign and domestic policy initiative of this administration. We welcome the CWA, the AFL-CIO and all stakeholders to a rational and responsible dialogue about what expanded trade markets could mean to the quality of life for their members.”

Discourse around trade agreements should be predicated on facts, not rhetoric, and here are the facts:

“Ford, Caterpillar, Intel and Master Lock count on reliable trading partners and open markets to sell more goods and services,” continued Rosenstiel. “Blocking progress on the Trans-Pacific Partnership with over-the-top rhetoric does nothing to help the working families of companies large and small who benefit from broader access to global markets.”

“The politics of fear, used in the past to halt trade discussions, has no place in this bi-partisan effort to boost American exports, support American jobs, and level the playing field in the growing markets of the Trans-Pacific region. We commend our global policymakers for the inclusion of Japan in TPP negotiations and urge them to continue this important conversation, consider the facts, reflect on what’s at stake, and remember that, at the end of the day, we all want the same outcome: retention and creation of quality American jobs.”