A Different Kind of Black Irish 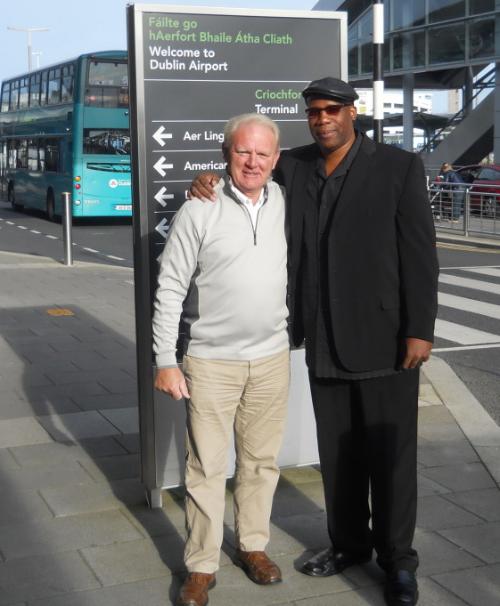 When Grady Gregory O’Bryant reported to his new duty station in Fairbanks, Alaska, one of the sergeants pulled out his wallet and gave another sergeant a $20 bill. He’d lost his bet that O’Bryant was a redheaded Irishman.

Like many African-Americans, O’Bryant’s Irish connection is evident in his name. Think Shaquille O’Neal, Mariah Carey, Eddie Murphy and Dizzy Gillespie. While not well documented, some trace this phenomenon to free blacks and Irish immigrants having children together in the mid-1800s. “Mixed-race children would have been given Irish surnames when their Irish fathers married their black mothers, or when their unmarried Irish mothers named children after themselves,” reports a 2003 New York Times article.

Despite such an Irish-sounding name and a career in the travel industry, O’Bryant didn’t visit Ireland until last year when he led a tour group there.

“Growing up in Brooklyn with the name Grady Gregory O’Bryant Jr., I was always asked if I was Black Irish,” O’Bryant said. ”I’ve always been intrigued with Ireland. So when I started taking groups to international destinations, Ireland was high on my list.”

“I really enjoyed the Irish people,” O’Bryant said. “Everyone was friendly and warm. I also loved the beautiful scenery.”

O’Bryant’s company SacTrips.com is planning its second annual trip to Ireland August 13–23, 2013. Over those ten days, the group will visit Dublin, Cork, Killarney, Dingle and Galway. Once again, O’Bryant is partnering with an Irish guide/driver named Donie, who’s been conducting tours in Ireland for over 30 years.

“We created an original customized tour of Ireland that you will never find in any brochure,” O’Bryant says. “I’ve added even more destinations to this trip. I’m looking forward to visiting the Cliffs of Moher and Galway — and to visiting more pubs.”