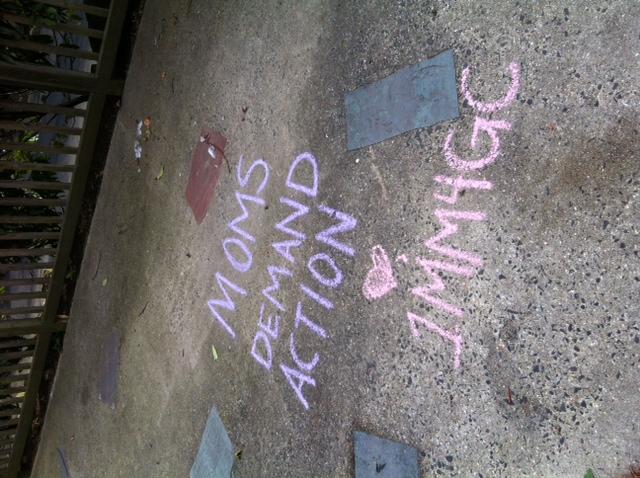 The advocacy group One Million Moms for Gun Control is leveraging the collective power of mothers across the country through social media to demand action on gun control legislation the first day of the new 113th Congress on Thursday, Jan. 3, 2013.

“We are asking all members of Congress – including the 90 new members being sworn in – to act by bringing gun control legislation to the floor for a vote without delay,” said Shannon Watts, Founder of One Million Moms for Gun Control. “After the tragic massacre in Newtown last month – the 16th mass shooting in 2012 – the loss of 20 innocent children and 6 brave adults can only be responded to with immediate action on common-sense gun control legislation.”

Specifically, One Million Moms for Gun Control is asking the new Congress to act on The Large Capacity Ammunition Feeding Device Act being introduced by Rep. Diana DeGette (D-Colo.) and Rep. Carolyn McCarthy (D-N.Y.). The legislation would ban the high-capacity magazines that have been involved in many of the recent high-profile instances of mass gun violence.

In addition to the reinstatement of an assault weapons ban, One Million Moms for Gun Control is asking the White House and Congress, as well as state legislatures across the country, to put forth legislation immediately that would:

“It is time for Americans to acknowledge that the mass shooting in Connecticut wasn’t an isolated event, but the product of an epidemic of gun violence in our country,” said Kim Russell, National Director of Chapter Outreach for One Million Moms for Gun Control. “The 80 million mothers of America will not allow our law makers to continue to do nothing when these mass shootings occur.”

One Million Moms for Gun Control is launching a social media campaign on Thursday, Jan. 3, to demonstrate the momentum among mothers for new and strengthened gun control laws, as well as to support The Large Capacity Ammunition Feeding Device Act.

As part of the campaign, mothers across the country will be asked to use sidewalk chalk write the slogan ‘Moms Demand Action’ and sign it with a heart and 1MM4GC, the acronym for One Million Moms for Gun Control, on sidewalks in front of their homes, train stations, schools and other public places.

One Million Moms for Gun Control is also enabling its members to demand stricter and new gun control legislation by emailing, Tweeting and mailing a petition to the White House, the National Rifle Association and their specific members of Congress through an advocacy campaign tool created by BlastRoots: www.blastroots.com/campaign/1-million-moms-for-gun-control.

Watts emphasized that One Million Moms for Gun Control is not against guns, but against the proliferation of military-type weapons that have been allowed into society with too little oversight.

“Mothers simply won’t stand for any delay or political antics that keep new laws from being introduced and voted on by the House and Senate. If these legislators fear the National Rifle Association, just wait until they’ve felt the pressure of millions of angry moms,” said Watts.

In less than one month, One Million Moms for Gun Control has tens of thousands of members and has established nearly 75 local chapters across the United States.

“The rapid growth of social media and the organizing power of the Internet will ensure our success,” said Watts. “We are committed long-term to encouraging action on gun control laws at the federal and state levels.”