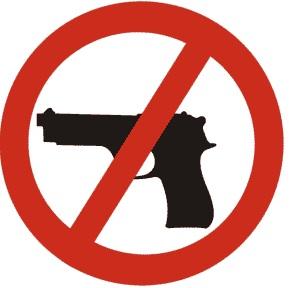 A new organization was formed within 24 hours of the Connecticut elementary school shooting to capitalize on the power of social media and motivation of outraged mothers. One Million Moms for Gun Control will demand action from legislators – including the reinstatement of the assault weapons ban – and is planning a One Million Mom march in Washington, DC, when Congress reconvenes.

“The advent of social media and the harnessed power of women and mothers have had a huge impact on the country’s political and legislative trajectory, from the Komen Foundation backlash to carrying the vote for President Obama in the 2012 election,” said Shannon Watts, organization founder. “After decades of discussion and dialogue, One Million Moms for Gun Control is focused on forcing quick action by legislators that will reduce the availability and proliferation of high-powered weapons among American citizens.”

One Million Moms for Gun Control is organizing city and state chapters that will band together to lobby local, state and federal officials for stricter gun control laws and the closure of loopholes that allow gun purchasers to skirt current background check and license requirements.

In addition, the organization is planning a One Million Mom March in Washington, DC, intended to keep the country’s focus on the need for stricter gun control laws, even as the tragic event in Connecticut fades from the media spotlight.

“As a former school principal and as a mother, it is time to say enough,” said Anne Halloran Tortora, 56, Uncasville, CT, and member of One Million Moms for Gun Control. “The Second Amendment was well-written for 1791, but the specter of automatic and semi-automatic weapons requires us as a country to examine whether the rights of the few are overcoming the safety of the majority. Parents have the right to expect their children will survive the day at school. If we cannot guarantee this as a society, then what good is the Bill of Rights as a whole?”

Individual chapters of One Million Moms for Gun Control are being created by leaders in cities and regions throughout the country in order to more effectively lobby city and state leaders for stricter gun control laws. New chapters are already underway in California, Illinois, New Jersey, New York, and North Carolina.

Mandi Perlmutter, leader of a New Jersey-area chapter of One Million Moms for Gun Control, said, “As someone who has been a victim of gun violence, I am hopeful that things are going to finally change starting right now, starting today. This has to be the tragedy that is going to make us stand up and demand laws that better protect our children. As parents, we need an organization that will empower us to band together in solidarity in the face of such a great challenge.”

Other members of One Million Moms for Gun Control who have been affected by gun violence are now moved to public action by the recent tragedy in Connecticut.

“As a victim of gun violence, I have always wanted to take a stand to fight for gun control and now that I’m a mom, I have the courage to do it,” said Kim Parker Russell of Brooklyn, NY. “I know there are enough of us to make a change. There is an outpouring of people desperate to drive real change in our gun control laws after the mass shooting in Connecticut and that is what One Million Moms for Gun Control is mobilizing to do. We can’t let another day go by without taking action.”