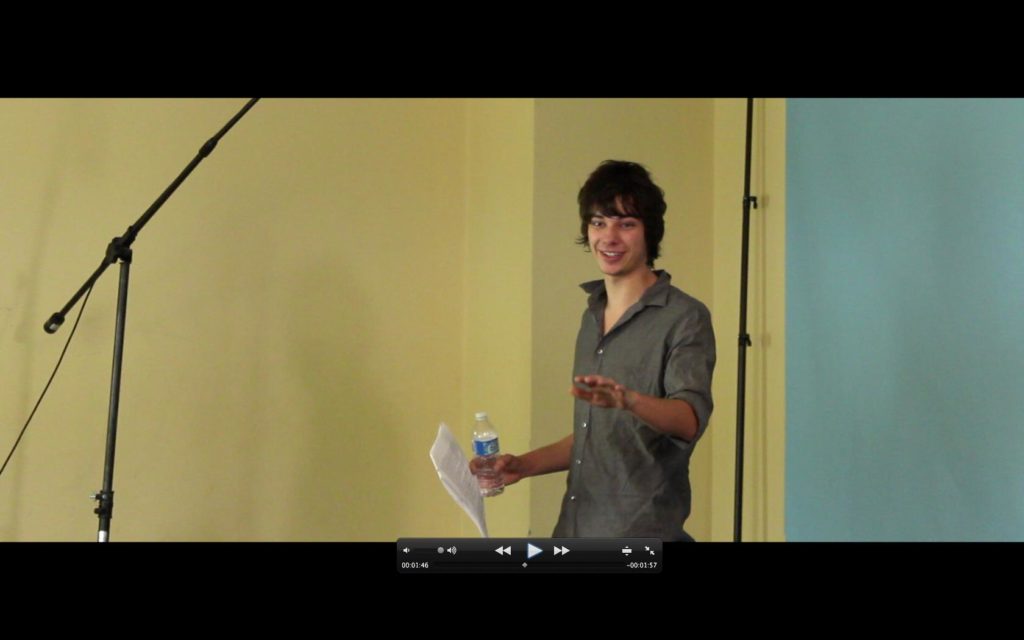 – The Casting Room, a hilarious and informative web series co-created by two-time Emmy nominated casting director Stephanie Gorin and Mr. D star Naomi Snieckus, reveals the do’s and don’ts that can help actors land their dream job. Winner of the 2012 Canadian Comedy Awards Best Web Series, Gorin and Second City alum Snieckus invite household names in Canadian comedy and beyond, to grace their web series and show what not to do during an audition. This week, star of both NBC’s new drama Hannibal, and Kids in the Hall, Scott Thompson lends his comedic expertise to The Casting Room!

The Casting Room snagged Best Web Series at the Canadian Comedy Awards with the help of many stars who make the web series virtually addictive! The roster includes: Colin Mochrie from Whose Line Is It Anyway?, Brittany Allen from All My Children, Ed Robertson from Barenaked Ladies, Devon Bostick from the Diary of a Wimpy Kid films, Al Sapienza from Brotherhood  and The Sopranos,  Aislinn Paul from Degrassi, and Sheila McCarthy from Die Hard 2 and Little Mosque on the Prairie, among others.

The project is truly a labor of collaborative love. Gorin and Snieckus write the scripts with Baram throwing ideas into the mix. Motivated by a sincere desire to aid actors in their plight to book jobs, Gorin says, “This was a way for my co-creator, Naomi Snieckus, and I, to give back to the community, showing mistakes that happen in the room in a fun way.”

Gorin is an influential small business owner. For the past 20 years, she has run a successful casting company, working with some of the top names in the entertainment industry. Recent credits include BBC America’s Copper, Syfy’s Haven, Showtime’s The Borgias, HBO/Direct TV’s Call Me Fitz, Netflix’s new series Hemlock Grove, theatre including Warhorse & Les Miserables, and nominations for Emmys, Geminis and Artios awards.

Over the years, Gorin and Snieckus have seen it all! Actors who show up on the wrong day, Baby Boomers trying out for teenage roles, inappropriately dressed thespians sporting a Hawaiian shirt instead of a business suit. With their charismatic web series, they help actors to make better choices — which will ultimately lead to landing jobs. Casting Directors want actors to do well, so they’re the perfect candidates to offer solutions to common misperceptions and errors, and fortunately, Gorin and Snieckus do it with tongue planted firmly in cheek.