8 Spices That Are Good for Your Health 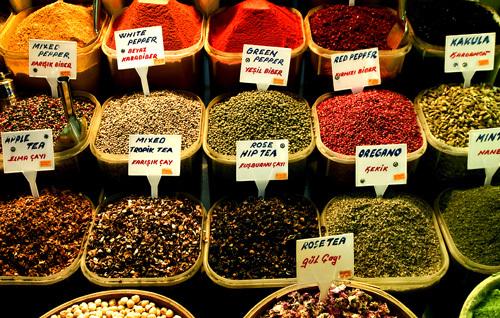 Herbs and spices do more than simply add flavor to food. They make it easier to cut down on some less healthy ingredients, such as salt, added sugars and saturated fat, without sacrificing flavor. And some herbs and spices have inherent health benefits.

Modern science is beginning to uncover the power of spices and herbs as weapons against illnesses ranging from cancer to Alzheimer’s disease. “We’re now starting to see a scientific basis for why people have been using spices medicinally for thousands of years,” says Bharat Aggarwal, PhD, professor at the University of Texas M.D. Anderson Cancer Center in Houston and author of “Healing Spices.”

Aggarwal notes that in his native India, where spices tend to be used by the handful, incidence of diet-related diseases like heart disease and cancer have long been low. But when Indians move away and adopt more Westernized eating patterns, their rates of those diseases rise. While researchers usually blame the meatier, fattier nature of Western diets, Aggarwal and other experts believe that herbs and spices—or more precisely, the lack of them—are also an important piece of the dietary puzzle. “When Indians eat more Westernized foods, they’re getting much fewer spices than their traditional diet contains,” he explains. “They lose the protection those spices are conveying.”

While science has yet to show that any spice cures disease, there’s compelling evidence that several may help manage some chronic conditions (though you should always talk with your doctor). What’s not to love? Here are eight of the healthiest spices and herbs enjoyed around the world.

Chile peppers add a much-appreciated heat to chilly-weather dishes, and they can also give a boost to your metabolism. Thank capsaicin, the compound that gives fresh chiles and spices, including cayenne and chipotle, their kick. Studies show that capsaicin can increase the body’s metabolic rate (causing you to burn more calories) and may stimulate brain chemicals that help us feel less hungry. In fact, one study found that people ate 16 percent fewer calories at a meal if they’d sipped a hot-pepper-spiked tomato juice (versus plain tomato juice) half an hour earlier. Recent research found that capsinoids, similar but gentler chemicals found in milder chile hybrids, have the same effects—so even tamer sweet paprika packs a healthy punch. Capsaicin may also lower risk of ulcers by boosting the ability of stomach cells to resist infection by ulcer-causing bacteria and help the heart by keeping “bad” LDL cholesterol from turning into a more lethal, artery-clogging form.

Ginger has a well-deserved reputation for relieving an unsettled stomach. Studies show ginger extracts can help reduce nausea caused by morning sickness or following surgery or chemotherapy, though it’s less effective for motion sickness. But ginger is also packed with inflammation-fighting compounds, such as gingerols, which some experts believe may hold promise in fighting some cancers and may reduce the aches of osteoarthritis and soothe sore muscles. In a recent study, people who took ginger capsules daily for 11 days reported 25 percent less muscle pain when they performed exercises designed to strain their muscles (compared with a similar group taking placebo capsules). Another study found that ginger-extract injections helped relieve osteoarthritis pain of the knee.

A few studies suggest that adding cinnamon to food—up to a teaspoon a day, usually given in capsule form—might help people with type 2 diabetes better control their blood sugar, by lowering post-meal blood-sugar spikes. However, other studies suggest the effects are limited at best.

Turmeric, the goldenrod-colored spice, is used in India to help wounds heal (it’s applied as a paste); it’s also made into a tea to relieve colds and respiratory problems. Modern medicine confirms some solid-gold health benefits as well; most are associated with curcumin, a compound in turmeric that has potent antioxidant and anti-inflammatory properties. Curcumin has been shown to help relieve pain of arthritis, injuries and dental procedures; it’s also being studied for its potential in managing heart disease, diabetes, and Alzheimer’s disease. Particularly in colon, prostate, and breast cancers, preliminary studies have found that curcumin can inhibit tumor cell growth and suppress enzymes that activate carcinogens.

May help: Lift your mood.

Saffron has long been used in traditional Persian medicine as a mood lifter, usually steeped into a medicinal tea or used to prepare rice. Research from Iran’s Roozbeh Psychiatric Hospital at Tehran University of Medical Sciences found that saffron may help to relieve symptoms of premenstrual syndrome (PMS) and depression. In one study, 75% of women with PMS who were given saffron capsules daily reported that their PMS symptoms (such as mood swings and depression) declined by at least half, compared with only 8 percent of women who didn’t take saffron.

University of Missouri scientists found that this herb can actually inhibit breast cancer-cell growth. In the study, animals that were given apigenin, a compound abundant in parsley (and in celery), boosted their resistance to developing cancerous tumors. Experts recommend adding a couple pinches of minced fresh parsley to your dishes daily.

Herbalists recommend sipping sage tea for upset stomachs and sore throats, a remedy supported by one study that found spraying sore throats with a sage solution gave effective pain relief. And preliminary research suggests the herb may improve some symptoms of early Alzheimer’s disease by preventing a key enzyme from destroying acetylcholine, a brain chemical involved in memory and learning. In another study, college students who took sage extracts in capsule form performed significantly better on memory tests, and their moods improved.

One recent study found that people performed better on memory and alertness tests when mists of aromatic rosemary oil were piped into their study cubicles. Rosemary is often used in marinades for meats and poultry, and there’s scientific wisdom behind that tradition: Rosmarinic acid and other antioxidant compounds in the herb fight bacteria and prevent meat from spoiling, and may even make cooked meats healthier. In March 2010, Kansas State University researchers reported that adding rosemary extracts to ground beef helped prevent the formation of heterocyclic amines (HCAs)—cancer-causing compounds produced when meats are grilled, broiled, or fried.