BeautifulPeople.com reports that democrats are more beautiful than republicans 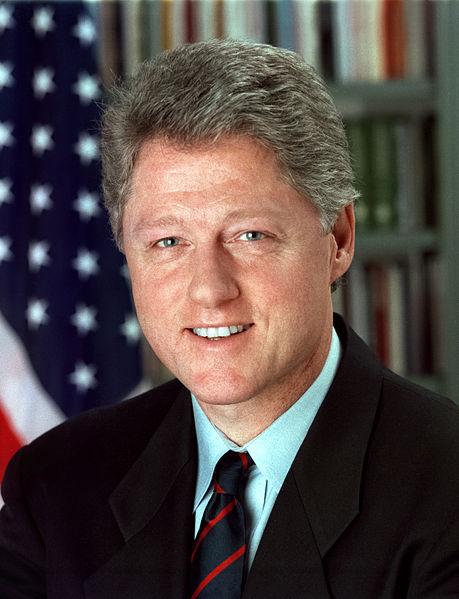 — Thousands of Americans prepared for the upcoming presidential election by voting for politicians… based solely on looks. The exclusive online dating community, BeautifulPeople.com, provided a list of political heavyweights and told voters to choose the most beautiful and more than 57,000 people responded.

Former Alaska Gov. Sarah Palin (R) eked out a win with 64% favorable votes over former president Bill Clinton (D), a stunning contender, who slid into the second-most beautiful position only one percentage point behind Palin. Despite his close loss, Bill Clinton did come out seven slots and 23% ahead of his wife, Secretary of State Hillary Clinton (D). Overall, voters determined Democrats were more attractive, with a 39% average favorable vote, compared with the Republicans’ average score of just 31% favorable.


Of the current presidential candidates, President Barack Obama (D) came in fourth, with a 57% favorable vote, with former Mass. Gov. and presidential hopeful Mitt Romney (R) three slots behind at seventh, with 42% in favor.

“It’s no secret that politicians can be disingenuous, however this election season has seen a litany of falsehoods from both parties,” said Greg Hodge, Managing Director of BeautifulPeople.com. “We asked voters to get past the flawed characters of our political officials and vote purely on aesthetics — that Sarah Palin took top spot clearly indicates voters were able to do just that.”

Not faring quite so well were Newt Gingrich, with 14%, Chris Christie with 9%, and Barney Frank and John McCain, who tied for the ugliest spot with just 8% of voters giving them a favorable vote.

Surprisingly, John Boehner made fifth place with 54% whilst former speaker of the house Nancy Pelosi ranked a disappointing sixteenth place, the lowest of our female politicians, with just a 24% favorable rating.

Greg Hodge continued, “Sick of the rhetoric about abortion rights and the economy? Vote for beauty. At least when politicians lie to you they will look good doing it.”

The Top 10 most attractive politicians are:

The Top 10 ugliest politicians are:

The poll, which was open to the public, employed a rating system similar to the one members of BeautifulPeople.com use to approve applicants who wish to join their exclusive gated community.

Acceptance to the website is a purely democratic process, with existing members voting beautiful hopefuls in or out. Potential members submit a picture of themselves and profile information and existing members of the opposite sex then vote on them over a 48 hour period. If successful they have exclusive access to a dating site where the one thing they can guarantee is that everyone is good looking and they don’t have to filter through riff raff.

BeautifulPeople.com is the largest community of attractive people in the world representing almost every ethnic and cultural background. There have been over 650 marriages through unions founded on BeautifulPeople.com and thousands of beautiful babies born.