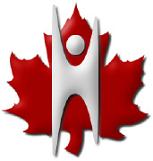 People who feel oppressed by out-dated attitudes towards gender and sexuality should check out ‘Sex and Secularism 2012 – the Humanist Canada conference in Montreal this weekend at the Hilton Bonaventure Hotel.

“In this day and age it is ludicrous to be discriminating against people based on gender and sexual identity, “says Simon Parcher, President of Humanist Canada, “This conference is designed to draw attention to what we consider to be a more rational point of view – the acknowledgement of sexual diversity and the celebration of human sexuality.”

Humanism, which some describe as atheism with a heart, promotes gender equality, acceptance of human differences, and a profound respect for human dignity. And to emphasize the message that there’s nothing shameful about consensual, respectful, good clean fun, the Humanist of the Year award is being accepted by Canada’s foremost sexual educator and counselor, Sue Johanson.

Humanist Canada has partnered with local groups, Association Humaniste du Québec and Mouvement Laïque Québécois, to put together an exciting roster of speakers including: Maryam Namazie, Spokesperson for Equal Rights Now – Organisation against Women’s Discrimination in Iran, Sonja Eggerickx, President of the International Humanist and Ethical Union (IHEU), and Rebecca Watson, founder of Skepchick and co-host of The Skeptics’ Guide to the Universe.

A special guest this year is multi-award-winning Canadian science fiction writer, Robert J. Sawyer (Triggers, Flash Forward, the Webmind trilogy, Calculating God, and many more). Sawyer will be accepting Humanist Canada’s first ‘Humanism in the Arts Award and giving a talk on sex and secularism in science fiction media.

The International Humanist and Ethical Union (IHEU) will also be holding their annual general meeting in conjunction with Sex and Secularism 2012. Their meetings will be held on August 3rd and 5th with the main speaker events taking place on Saturday, August 4th at the Hilton Bonaventure.

“Essentially, our philosophy is that people can live an ethical life and respect each other.” says Matt Cherry of IHEU, “We think humans can take responsibility for their own actions without the need to believe in a supernatural being.”

For more information on speakers and events, and to register, go to: http://humanistconference.ca/en