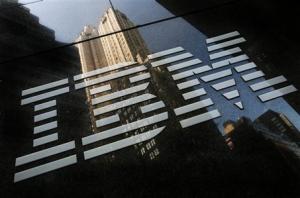 The five Russian companies have joined forces to foster a culture of applied research and commercialization and attract key talent and investment from around the world in the area of microelectronics.

Key to the initiative is the creation of a new Electronics Technology Center (ETC) to be housed at the Skolkovo Innovation City. The agreement will give the Electronics Technology Center access to IBM’s intellectual property for chip design. IBM will also provide cloud computing technologies to form the basis of a new virtual design environment to be used to develop new microelectronic devices such as sensors to be used in smarter infrastructure projects, industry and consumer electronics.

“IBM is leading the way in collaborative innovation,” said Kirill Korniliev, General Manager, IBM Russia & CIS. “The ETC will use cloud technology to create a virtual working environment that brings together Russian innovation leaders where they can acquire, use and share design knowledge and spur a new wave of microelectronic innovation.”

“We are working with IBM to create an R&D ecosystem to kick start a new era in microelectronic devices design. Leveraging the latest cloud computing technologies, the Electronics Technology Center will provide customers with access to cutting-edge electronics technologies, design automation tools and specialist knowledge regardless of where they are geographically located,” said Evgeny Babayan, Chairman of the Board, ITFY.

The ETC will initially focus on microelectronics design; however in the future it may be extended to other fields where cloud computing can support collaborative development projects.

IBM recently announced the opening of 10 new branch offices across Russia and the Commonwealth of Independent States (CIS) as part of a major initiative to capture regional business growth and increase its presence in the fastest growing markets in the world.

The move is part of an incremental investment of $6 million that IBM will make in 2012 in the Russia and CIS region to expand its operations and increase its footprint to 22 offices. To strengthen its support for clients and partners, IBM will also double its staff in the Russian regions and strengthen its business partner network across the Russia/CIS region to over 4,000 partners this year. IBM currently has branches in the following cities: Moscow, St. Petersburg, Rostov-on-Don, Kazan, Yekaterinburg, Perm, Krasnoyarsk, Novosibirsk, Ufa, Khabarovsk, Tyumen, Chelyabinsk, Nizhniy Novgorod, Samara, Krasnodar, Kiev (Ukraine), Dnipropetrovsk (Ukraine), Kharkiv (Ukraine) and Donetsk (Ukraine), Almaty (Kazakhstan), Tashkent (Uzbekistan).