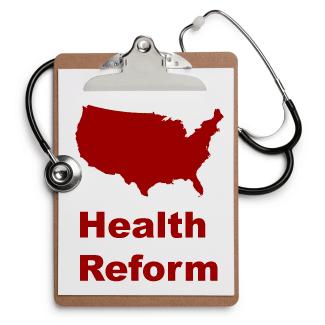 Twenty-eight States are on their way toward establishing a key component of health care reform—Affordable Insurance Exchanges—according to a report issued today by the White House.

“States are taking strong steps to implement health reform,” said White House Deputy Chief of Staff Nancy-Ann DeParle. “The Obama Administration is working in partnership with State leaders across the country.  We will ensure Americans in every State have access to an Exchange and the same kinds of insurance choices as Members of Congress.”


Affordable Insurance Exchanges are State-based, one-stop marketplaces where consumers can choose a private qualified health insurance plan that fits their health needs.  Beginning in 2014, Exchanges will offer consumers the same kinds of insurance choices that members of Congress will have.

The report released today highlights how some States are moving forward to build Affordable Insurance Exchanges. The States profiled are not necessarily the States most advanced in establishing an Exchange; instead, they illustrate the diversity of approaches and progress being made.  Some of the actions in the report include:

• Alabama Governor Robert Bentley (R), a physician, issued an Executive Order that created the Alabama Health Insurance Exchange Study Commission on June 2, 2011, which recommended that Alabama establish its own Exchange called the “Alabama Health Insurance Marketplace.” The legislature, which meets in February, is expected to take up legislation to establish an Exchange.• Colorado passed a bipartisan bill to establish the independent Colorado Health Insurance Exchange, which was signed into law on June 1, 2011. The Colorado Exchange has started public education about health reform and the Exchange at its website, www.getcoveredco.org. Organizations such as the Colorado branch of the National Federation of Independent Business (NFIB) and the Colorado Association of Commerce and Industry have been active participants in the creating the small business component of the Exchange. • In Nevada, unanimous, bipartisan legislation authorized the Silver State Health Insurance Exchange, which was signed into law by Governor Brian Sandoval (R) on June 16, 2011.  Its board has been appointed, executive director named, and application submitted for its next round of funding for building the Exchange.

The report outlines some of the steps the Administration has taken to ensure all Americans have access to an exchange beginning in 2014. These include developing the information technology and business systems necessary to facilitate Exchanges in multiple states.

Developing Exchanges is just one of the ways States are implementing health reform. In the nearly two years since President Obama signed the Affordable Care Act into law, States have enforced the patient protections like banning lifetime dollar limits on coverage and ensuring coverage of proven prevention services. Forty-three States and the District of Columbia are participating in the new premium rate review system where insurers must justify the rationale for any double-digit insurance premium increase.  All States have received Affordable Care Act grants to improve prevention and public health. And the Affordable Care Act has already made an incredible difference to millions of Americans:

• 2.5 million more young adults have health insurance.• As of October 2011, more than 2.65 million seniors got a 50 percent discount on their prescription drugs when they hit the donut hole.• Insurance companies can no longer drop your coverage when you get sick or put a lifetime cap on the amount of care you can receive.