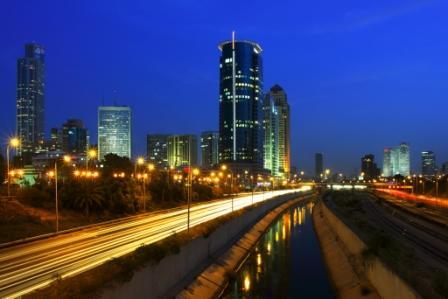 The Jewish Holidays are drawing near once more, a time of reflection for Jews worldwide. If you have never visited Israel and always wanted to, Elite Tour Club can make this dream a reality.

Elite Tour Club is a luxury travel company recently launched in the UK. With many years of experience of running tours in the Middle East, we offer tours for those who are keen to explore their religious heritage.

Are you one of many in the world’s Jewish community who has yet to make it to the Middle East? Perhaps it’s fallen short as a personal Promised Land, but do you still revere Israel as the centre of Jewish culture? Do you love travel that combines luxurious accommodation and a high level of service with extensive interaction with the history, culture and people of the places you visit? If so, then at Elite Tour Club, we’ve got the absolutely essential Jewish Heritage Tour for you!

Throughout your twelve days of luxurious touring, you will be immersed in history. You’ll also gain experience of the dynamic ways Israelis live and thrive today. You’ll feel the nation’s pulse; its breathtaking diversity and complexity. At last here is Israel for real; a fertile land of innovation, creativity and adaptability.

As if you need reminding, the Hebrew Bible, the Talmud, the New Testament and the Koran tell us that Jacob was a patriarch of the Hebrew people with whom God made a covenant. Before the birth of his son Benjamin, Jacob was renamed “Israel” by an angel, and thereafter the tribes of Israel were named after Jacob’s/Israel’s descendants. Jacob’s “Israel” name was given to mean ‘God contended’; ‘persevere with God’; ‘God rules’, or ‘God judges’. Jacob passed God’s message to his twelve sons, who eventually headed the ‘Twelve Tribes of Israel’ — the ‘Israelites’ of antiquity — and by extension; the Jewish people.

The wondrous land of Israel is your Jewish Heritage. But so is her coral marine life; culture and adventure; 5-star accommodation and sophistication, history and haute cuisine.

Your Jewish Heritage Tour begins in sparkling Mediterranean Tel Aviv, and transforms your locale to the Roman city and Crusader fortress of Caesarea. Next it’s onwards to Haifa, Acre and Rosh Hanikra Kibbutz; then to Safed; a climb of the Golan Heights, a look around Upper Galilee. And — before you tread the paths of Old Jerusalem — feel at home in Beit She’an, Beit Alpha and Gan Hashlosha.

Bauhaus architecture-filled Tel Aviv is a tour-opener like no other. In 1909, sand dunes outside the 8,000-year-old port city of Jaffa were requisitioned to site the then futuristic garden city. In vivid contrast, here is Caesarea Maritima, the ancient city that King Herod the Great named to honour his Roman enforcer, Caesar Augustus.

Below the foothills of Mount Carmel, the major seaport of Haifa is the third-largest city in Israel. At the northern extremity of Haifa Bay, you’ll stroll in Acre — one of the country’s oldest places of continuous habitation. You can never leave Israel without spending some time in a kibbutz, and we use Rosh HaNikra’s, which was established in 1949 by demobbed Palmachs, Zionist youth and young Holocaust-survivors.

Known as the ‘Western Wall’, Elite Tour Club’s guides will explain the history around the ancient stones in Jerusalem and take you on a journey of discovery of the richness and depth of your Jewish Heritage. Even if you are of another faith, this tour of Israel is enjoyable, informative and luxurious as you would expect from Elite Tour Club.

Visit our website and see more details of our Jewish Heritage Tour here: http://www.elitetourclub.com/israel/jewish_heritage_tour.htm or call our travel consultants on 0800 619 3450. They will be happy to personalise this trip for you and tell you more about out tailor made tours.