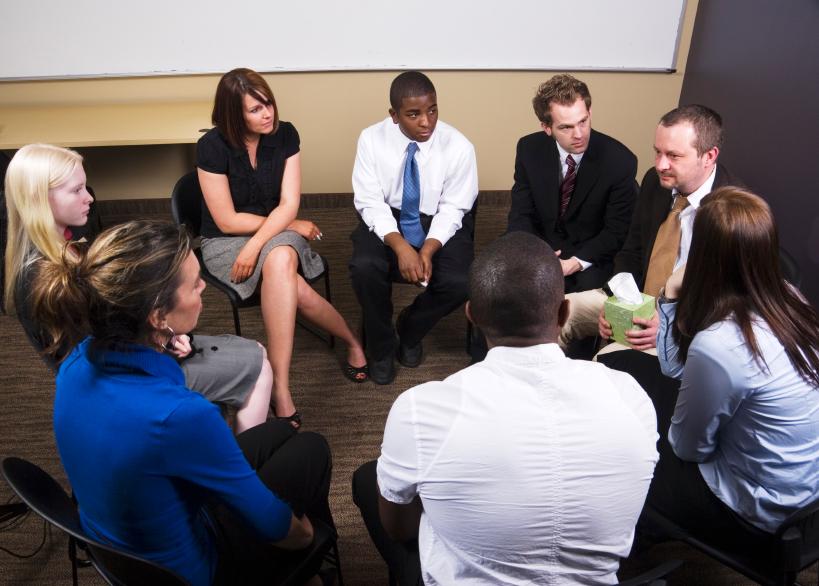 Fifth time in a drug and alcohol rehab facility in three years, Lindsey Lohan’s repeated entry into addiction treatment centers doesn’t come as a shock for anyone. Professor Bankole Johnson has his theories on why not only Lohan but others consistently are in and out of these 12-step facilities with no effective treatment. Johnson is a leading researcher of pharmacological interventions for the treatment of substance abuse as well as a chairman of the Department of Psychiatry and Neurobehavioral Sciences for the University of Virginia. He feels the Alcoholics Anonymous driven 12 step model is not nearly as effective as is believed. In a recent article published in the Washington Post, under the inflammatory title “12 Steps to Nowhere” he casts doubt on 12-step rehabilitation facilities, questioning the 12-step success rates, and pointing out how these steps can potentially be harmful to patients. He firmly believes that medications and evidence based psychotherapy could more successfully treat individuals suffering from alcoholism and addictions.

Prof. Johnson points out that just as with most other diseases some people with alcoholism get better entirely on their own.  It could be that they just get sick and tired of being sick and tired, or something else, but they do so on their own and spontaneously.   He cites an article from the journal Addiction by Deborah A. Dawson and colleagues in 2005, which established that 24.4 percent of alcoholics simply quit on their own.  Prof. Johnson points out that because of the insistence on anonymity in the 12-step process, it is extremely difficult to monitor and verify if sobriety is being achieved and maintained for any period of time, and if it is any better than the 24.4 percent rate of natural recovery. Because of this lack of transparency and verifiable data he feels the accuracy of 12-step recovery figures is questionable. Even when a facility does report their success rate and document it, he believes problems are revealed. For example, only individuals who successfully completed the program are included in measuring 12-step success. Individuals who haven’t completed it are omitted from the calculation, biasing the result by judging only the so-called winners. In addition the 12-step success percentage doesn’t consider a patient’s sobriety and recovery months and years post 12-step treatment, but only for a short period of time following release. Professor Bankole Johnson refers to a 1990 summary of a series of five surveys of 12-step groups taken between the years of 1977 to 1989. It reported that 81 percent of alcoholics that attended AA stopped within a month, while only 5 percent kept attending for a year.

Not only does Johnson question the participation and success rates of 12-step programs and their effectiveness, but he also feels that the 12 steps and its underlining philosophies can cause actual harm. As an example he uses one of the beliefs that AA holds, which suggests that once an individual starts to slip they become powerless to stop. This he believes can contribute to a loss of hope and control by the patient and result in a more damaging relapse.  Another AA philosophy includes that when an alcoholic fails, it is not the fault of the 12-step program but rather the individual’s fault, and Johnson feels this is a devastating message because it insinuates to these men and women that they are not capable of honesty, and they are born this way. Removing alcoholics from their supportive family and friends to attend a 12-step rehab, Johnson thinks is also not constructive.

Recognizing in his article, that alcoholism is an illness, Johnson feels that like with any other illness which causes suffering, treatments should be studied and developed.  He emphasizes that understanding how alcohol and other drugs impact the brain is advancing, allowing researchers to facilitate the cure of the disease with effective medications and evidence based therapy. Bankole Johnson considers himself part of the progression in neuroscience and its improving comprehension of the impacts on drugs and alcohol in the brain. Author of the soon to be released book “The Rehab Myth: New Medications That Conquer Alcoholism,” he is also paid by pharmaceutical companies that develop medications to treat alcoholics, which has lead critics to accuse him of bias towards these treatments.

His association with the pharmaceutical companies has lead readers to question the motives behind his article. Mark Skibbie, a successful patient of the Caron Treatment Center reacted to the article by accounting his own successful recovery.  In response he referred to studies in which he proved a successful relationship between the 12 steps after treatment as far as one year post treatment.

Another commenter, chief medical officer at Hazeldon, Dr. Marvin D. Seppala, reports that 53 to 54 percent of program participants were triumphant in staying sober for one year. This includes individuals who participated in the program for any amount of time. He is proud of these numbers considering it includes outcomes after one year.

Ronald Earl Smith also took issue in reaction to Bankole Johnson’s article. He felt 12-step alcohol rehab was being unfairly devalued by Prof. Johnson to help in the sales of medicines in treating alcoholism. Treating members of the Navy for decades, he has been witness to AA and the 12 steps working for service members. Using this program for 40 years, the Defense Department has claims about a 75 percent success rate which includes five years post treatment monitoring. Smith, who is captain of the Navy’s medical corps at the National Naval Medical Center as well as a psychiatrist and psychoanalyst, points out the two million members of AA that have remained sober without the use of medications. He is concerned with Dr. Johnson’s treatment for alcoholism and critique of the 12-steps claiming that he knows little about how the 12-step program works and uses the Big Book out of context.

Both Betty Ford Institute and Hazelden have plans in 2011 to hold a conference which will involve leaders in treatment and researchers. Post treatment monitoring and its data are the inspiration for this conference.  In one well constructed study of recovery in alcoholic physicians 78 percent of doctors participating in 40 programs over a five year period have had no positive tests for alcohol. Betty Ford’s, John Schwarzlose plans to examine why complete success at that same 78 percent success rate can’t be achieved in other patients.

At Heritage Home we believe that recovery lives here, no matter how it is achieved. We respect the successes of AA, and where a person is spiritually inclined and receptive to the 12-steps we incorporate it in their treatment plans.  We strive to identify and offer what works best from one individual to the next. Not blind to the fact that AA doesn’t work for everyone, we show admiration from what can be achieved from it. There are some parallels to our messages. While following the AA program, patients are asked to find help through a higher power. In comparison, at Heritage Home we communicate the same message but take more of a neurological approach explaining the subconscious reflexive nature of addiction and how to bring it under control. Although we incorporate the spirit in our treatment, we also take into account the whole person, which includes mind, body and spirit. Our primary approach is cognitive therapy and other evidence based psychotherapies, however we also recognize and use non-traditional therapies and appreciate their benefits. Treating the physical addiction isn’t the only focus at Heritage; we seek also to heal the underlining psychological and emotional causes of addiction. This includes dynamics of the family, skills to cope, trauma that has not been resolved, stress, anxieties and even help to manage anger. Heritage surrounds individuals with love and support, as well as helps to get family members engaged. We believe along with progression in mind, body and spirit that your loved ones are also beneficial to the healing process. The 12 step program is explored here at Heritage however we believe that it’s not the only path towards recovery and maintaining sobriety.