Solar Guide: â€œQuiet Green Revolutionâ€ Needs to be Shouted About 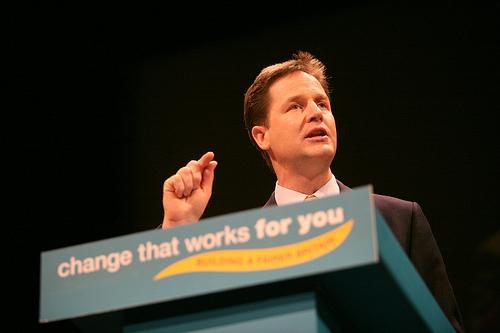 Solar Guide, the free online resource for homeowners and engineers regarding all solar-related issues, says the new Coalition Government needs to be more vocal about the Green Deal to make the public more aware and boost the renewable industry.

The deal, revealed earlier in the year by the new government, will mean consumers will be allocated funds to have renewable, energy efficient and green technology like solar panels installed into their homes and pay back the loan through the savings made on energy bills. With energy efficient homes being able to save around £550 a year on bills according to research, the incentive has received positive feedback despite restricted information being released about how it will actually work.

Speaking at the event, Clegg wanted to reassure members of the industry that the Green Deal would be going ahead, but in a controlled manner. He said: “All politicians have warm words on the environment, and all governments talk about leading the shift to a new green economy.

“This government is going to do things differently. We won’t try and dazzle you with green gimmicks. We want to impress you by quietly getting on with the job.”

And he later went on to say: “This Government’s aim is to lead a quiet green revolution, not release more green hot air”.

Despite being encouraged by Clegg’s willingness to talk about the Green Deal, Solar Guide’s founder David Holmes said the government needs to shout more about incentives that would influence the public to go greener and switch to renewables.

“It’s encouraging to know that the new government plans to follow through on their green policies, however too much already slipped under the radar in the past,” Holmes said.

“The Feed-in Tariff may have been introduced under Labour power, but since the launch in April there has been very little coverage of it. A scheme with benefits for all parties – the consumer, the government, the environment, the economy and the industry – should be promoted as much as possible and not be implemented under silence.”

With the Green Deal not expected to be introduced until 2011, there remains to be very few incentives that encourage greener living in the UK.

Holmes added: “The Renewable Heat Incentive isn’t due to be introduced until April next year, but will this be implemented with such muted coverage from the government too? Instead of remaining quiet about green issues, the government needs to speak more openly and freely about them – the government should be the first step in the education process about these incentives.

“We’ve found that a lot of people are searching online for information about the Feed-in Tariff and the Renewable Heat Incentive, but this shouldn’t be the case. If the government spoke more often about these great schemes, potential consumers wouldn’t have to research so much themselves.

“And in such difficult financial times, more exposure for the renewable industry would give green-focussed companies a welcome boost.”