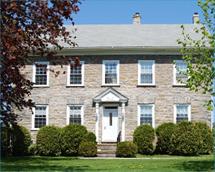 Some 75 years ago, alcohol addiction had again overtaken Bill Wilson, the future founding father of AA, then only a failed stock broker and a habitual drunk. Bill had repeatedly visited a detox center in New York City, but no methods worked for him. In the past, there was little help for alcohol addiction. Therapies and medications that exist today in modern drug and alcohol rehabs were not even dreamt of. Then doctors could only enforce abstinence and try to support it with minimal counseling that simply urged addicts to spare a thought for their loved ones. Unfortunately, for most cases, the approach did not yield the desired results and many alcoholics either ended up institutionalized or dead.

Wilson consulted a close friend and was advised to give up alcohol and dedicate himself to the service of God. Wilson however was not a believer. But under the influence of belladonna, a potent hallucinogen, and in a moment of utter personal despair he called out to God to show himself, with a promise that he would do anything – if God did show up. And then, Bill Wilson experienced God! That singular transformative experience was enough to keep Wilson away from alcohol for the rest of his life. And so out of the ashes of alcoholism and ironically facilitated by psychedelic drugs was born AA, the iconic society devoted to sobriety. It has grown to be a huge movement whose methods and terminologies have greatly influenced all of modern society as well as the recovery movement.

Alcoholics Anonymous started as the Oxford Group, a non-denominational movement that was modeled on first century Christianity. The group was comprised mainly of wealthy Protestants from the mainstream. The Oxford Group combined psychology with religion and professed that moral improvement can help in achieving happiness. Members of the group met in private homes with opportunities to study devotional literature and share intimate thoughts. In May 1935, Wilson met Robert Smith, a surgeon who was known as a closet alcoholic. Dr. Robert Smith eventually became Wilson’s first ‘patient’. Though it took plenty of persuasion, Dr. Smith finally yielded and surrendered to God. Thus, June 10, 1935 became AA’s official founding date. In later days, Dr. Robert Smith came to be known as “Dr. Bob,” a major figure in AA’s literature.

Wilson then started writing Alcoholics Anonymous the sacred text for AA and virtually its Bible, which in time became simply known as “the Big Book”.  Chapter five of the ‘Big Book’ is where you would find the famous Twelve Steps. Wilson settled on 12 steps because there were 12 apostles. Wilson’s writing of the 12 steps was greatly influenced by the teachings of the Oxford Group, and the philosopher William James, who proposed what he called “religiomania” as the cure for alcoholism. Wilson drew from this observation, and designed the steps to induce intense commitment because he wanted his system to be as habit forming as booze itself.

The first step is famous for dramatically asking members to admit their powerlessness before alcohol, and to appeal to a higher power for help. To proceed through the steps, AA members are required to, list their faults, share them in the meetings, apologize to those that they have wronged, and engage in regular prayer and meditation.  Finally, the last step is to make AA a lifelong duty. Wilson also wanted members to know that no one truly ‘graduates’ from AA, and they become members for life. Another aspect of Alcoholics Anonymous is their anonymity.  Wilson was very adamant about this component and insisted it had to be taken seriously.  He was not concerned about the social stigma associated with alcoholism as much as he wanted to protect his fledgling organization from criticism. This has worked astonishingly well, to the extent that anonymity has enabled AA to substantially escape being studied by science. To this day questions as to how successful AA is or isn’t, and why it does work when it is successful are unanswered.

Today AA has spanned across the globe spreading its services beyond alcoholic addiction and encompassing various other forms of substance abuse.  There are 1.2 million members, 11,000 centers providing professional treatment and 55,000 meeting groups.  Meetings can be found at local churches, community centers or residential treatment facilities all across the globe. Even though AA started as a primarily Protestant organization, AA has spread “across diverse cultures holding different beliefs and values”.  By staying religiously unaffiliated and by avoiding public controversies AA is able to attract a diverse membership. “It’s all about finding the right meeting and being open-minded,” stated John.  “At first, I was only hearing negative things about AA and was reluctant to go to a meeting. Once I did attend I found that various ethnicities and religions attend meetings.  My sponsor Mark is a Buddhist.  It’s not about race or religion it’s about staying sober and meeting others that are experiencing the same trials and tribulations. It’s all about group support and helping each other out when you need it.  Who can you call at 2am when you are having a hard time? If I called my mother she would probably be worried sick.  But at least with Mark he knows I need to talk and will always lend an empathetic ear.”

Heritage Home is a medical psychological facility that is not 12 step based.  We however respect the fact that AA has saved thousands of people from alcohol and drug addiction, and accept the validity of many of AA’s techniques.  If clients are spiritually motivated we introduce them to AA, and encourage them to attend meetings as part of their aftercare program.

There are some parallels between AA and Heritage Home.  AA famously asks its members to accept that they are powerless before alcohol and need to seek help from a higher power.  At Heritage, we express the same statement but not in the language of spirituality – we do so in the language of neurology. We state that addiction to alcohol has a very profound subconscious and reflexive component. In f-MRI brain scans scientists can see that when alcoholics are exposed to a very low, subconscious, whiff of alcohol, the primitive, reflexive, fight or flight, arousal centers of the brain, immediately and reflexively are activated. No such response is seen in people who are not alcoholics. This is a neurological analogy to AA’s statement that you’re powerless before alcohol.

At Heritage we construct a post treatment plan where one of the requirements is to elect a sober mentor to help and participate in their treatment process.  When people join AA they often get a sponsor that supports them through the entire process.  The only difference is, in the case of Heritage the sponsor does not necessarily have to be in recovery or an addict themselves.  They can be a colleague, friend, family member, even a neighbor.

AA does not work for everyone. In fact, for the vast majority who have tried AA, it has failed. But that does not mean that the person has failed.  In residential therapy at Heritage it is our key goal to determine what works best to achieve successful sobriety for each person.  For some it could be a combination of diet, and addiction medicine, and psychotherapy, and 12 step meetings and yoga, or any other combination of the wide variety of evidence based therapies that we have at our disposal. People and their addictions are all different, and it is in residential therapy that you have the time and single minded focus to really determine and pin down, whatever works most efficiently for each person. As the AA motto itself acknowledges “to thine own self be true” (Shakespeare – Hamlet)

Heritage Home is an alcohol and drug rehab center located in a serene and restful environment approximately 10 minutes from the New York state border and 1 hour from historic Montreal, Canada. At Heritage Home, we provide a personal, unique and successful approach to emotional healing and sobriety that focuses on the body, mind and spirit.