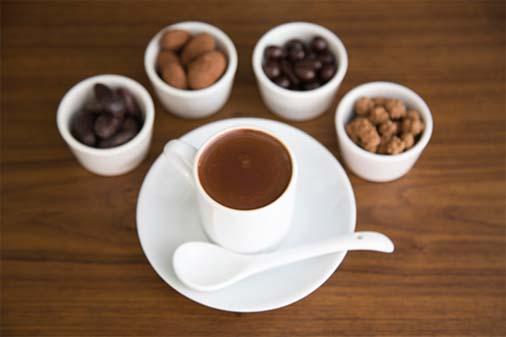 It used to be there were two kinds of chocolate: chocolate chips and chocolate bars. Then there was dark chocolate and milk chocolate, and soon thereafter white chocolate came into play. But take a look around at all of the chocolate options touting all manner of “artisanal” qualities, cocoa percentage, and single estate pedigree, and it is easy for a chocolate lover (or just a person wanting to buy a good chocolate bar) to get a bit flustered by all of the possibilities, as well as all of the confusing terminology.

In an effort to do a public service of some sort, I have compiled a short list of, what I have deemed, necessary and helpful definitions related to chocolate and the current chocolate speak:

Antioxidant
Unlike milk chocolate, which has a lower cocoa percentage (we will get to this later), dark chocolate contains high levels of naturally occurring antioxidants originating from the flavanol content in the cacao bean (more on this later as well)

Artisan Chocolate
Artisan chocolates, contrary to what the big chocolate companies would have you believe, are chocolates made by a skilled chocolate artisan in relatively small batches. This is chocolate that is hand crafted and hand mixed by a chocolate maker, and not something that gets spit off of an assembly line

Baker’s Chocolate
This is essentially unsweetened chocolate (no sugar added) made from pure chocolate liquor with 100% cacao content. This chocolate has been traditionally used for baking, hence the name.

Bittersweet Chocolate/ Semisweet Chocolate
This is a sweetened dark chocolate (containing sugar) with the most intense cacao flavor (short of eating straight baker’s chocolate). Bittersweet and Semisweet are largely interchangeable terms and usually boast 70% or more cacao content in each bar.

Cacao
This is the origin of all chocolate. The cacao is the name of the tree (as well as the seeds) from which chocolate is derived. Cacao is the same as cocoa. The cocoa (or cacao) content referrers to the percentage of cocoa contained in a single bar of chocolate. A higher cocoa content does not equate with a better chocolate bar, it just means there is just a higher cocoa concentration, and likely less sugar in the bar.

Chocolatier
This is a candy maker who specializes in the creation of chocolate confections. This term could also be used to describe the actual store or business where these confections are sold

Cocoa
A hot beverage made from cocoa powder, sugar, and most often, milk.

Cocoa Butter
This is the naturally occurring fat present in the cocoa bean. Cocoa beans contain about 50% cocoa butter.

Cocoa Nibs
Also called cacao nibs, these are the kernels of the cocoa bean

Dark Chocolate
Dark chocolate is an eating chocolate that contains anywhere from 35% to 70% cocoa mass (anything more than 70% and you are getting into the bittersweet or baking chocolate territory). In addition to cocoa, dark chocolate also contains cocoa butter, vanilla, and sugar.

Estate Grown Chocolate
This is simply chocolate that was all grown from a single chocolate plantation, unlike more conventional chocolates that contain beans from all over.

Fair Trade
These are chocolates made with ingredients from farmers who have been paid a higher price for their goods, with the added goals of supporting sustainability and preventing unfair labor practices. There exist several fair trade certifications out there in the chocolate market place, and some critics find this designate to be somewhat confusing, if not misleading, as there is not one accepted standard

Fudge
This is a type of chocolate confection made with milk and sugar. It is most often extremely rich and significantly sweet.

Lecithin
This is a natural extract from the soybean used to thin out the chocolate mixture in industrial production. This is a common ingredient in conventional chocolate bars.

Milk Chocolate
This is chocolate with a low percentage of cocoa mass (anywhere from 15 to 50%) and has sugar, milk or milk solids added to the cocoa mixture.

Organic Chocolate
Organic chocolate is held to the same standard as all organic foods, and is based upon a system of farming that maintains and replenishes the fertility of the soil and the health of plants, animals and people.

White Chocolate
Despite the name, white chocolate is simply not chocolate (by definition). White chocolate has no cocoa solids, and instead is made from cocoa butter with milk solids, sugar, and some vanilla thrown in for flavor

Eric Steinman is a freelance writer based in Rhinebeck, N.Y. He regularly writes about food, music, art, architecture and culture and is a regular contributor to Bon Appétit among other publications.