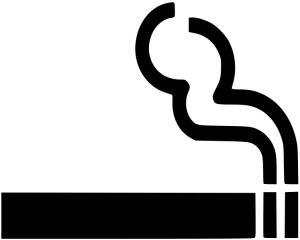 The use of cigarettes in combination with other forms of tobacco is linked with higher nicotine addition, the inability to quit using tobacco, and increases chances of tobacco-related health problems, such as stroke, heart disease, and tobacco-related cancers, according to an analysis of data from the 2008 Behavioral Risk Factor Surveillance System (BRFSS).

Data from 13 states surveyed indicate that polytobacco use, the use of cigarettes in combination with other forms of tobacco (including cigars; pipes; bidis, a South Asian cigarette wrapped in a leaf; kreteks, a cigarette made with tobacco, cloves and other flavors; and others), is most common among men (4.4 percent), people who were single (4.8 percent), young adults ages 18-24 years (5.7 percent), and those with household incomes less than $35,000 (9.8 percent).

The report, “Any Tobacco Use in 13 States — Behavioral Risk Factor Surveillance System, 2008,” provides statistics about polytobaocco use among adults over the age of 18. The report also finds that 1 in 4 adults in these states use at least one form of tobacco, such as cigarettes, cigars, or smokeless tobacco.

“Every day smoking kills more than 1,000 people and is the leading preventable cause of death,” said CDC Director Thomas R. Frieden, M.D., M.P.H. “The more types of tobacco products people use, the greater their risk for many diseases caused by tobacco, such as cancer and heart disease.”

Other key highlights from the report include the following: