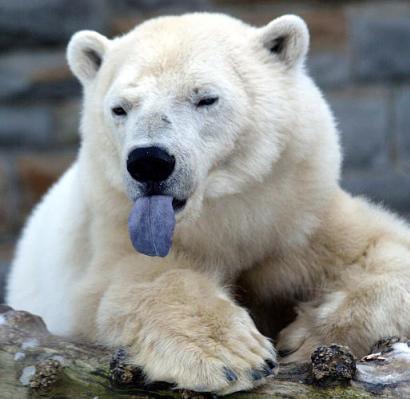 Victory for the polar bears

Great news: a federal court has just halted oil and gas companies from moving ahead with drilling operations in millions of acres spanning Alaska’s Chukchi Sea — one of our nation’s two “Polar Bear Seas.”

The ruling is a huge victory for polar bears, bowhead whales, other Arctic wildlife and tens of thousands of NRDC supporters like you who enabled us to go to court and fight off Big Oil’s planned invasion of this sensitive habitat.

The massive fire sale of drilling rights in the Chukchi Sea was initiated by the Bush Administration in its final days. In effect, the Bush Interior Department sold the home of half our nation’s polar bears right out from under their feet and sparked a modern-day oil rush into the heart of the bear’s melting sea ice habitat.

NRDC counterattacked by launching a federal lawsuit — in partnership with Earthjustice, Alaska Native groups and other conservationists. We charged that the government had failed to study the far-reaching impacts of oil development, had broken our nation’s environmental law and should be ordered to revoke the drilling rights.

A federal judge has now agreed! And he has told the Obama Administration — which adopted the Bush Administration’s reckless drilling policy — to go back to the drawing board and gather the missing information about environmental risks.

We would hope that the Obama Administration takes this opportunity to break with the “drill everywhere” policy of the Bush era and embark on a more science-based approach to protecting America’s endangered Arctic.

In the wake of the Gulf oil spill disaster, it is all too clear that a spill in the Arctic could be catastrophic for polar bears and other wildlife.

The oil industry has no technology for cleaning up oil in broken sea ice — one of the main places where polar bears search for food. And oil-covered polar bears have almost no chance of survival.

With Alaska’s polar bears already facing extinction by 2050 from global warming, they can hardly afford a new threat to their meager numbers.

That’s why our latest court victory is so important. And it’s also why we must now redouble our efforts to turn back Big Oil’s dangerous plans to drill in other vulnerable corners of the Arctic.

First and foremost, we are still waging our legal fight to stop the Shell oil company from drilling off the coast of the Arctic National Wildlife Refuge in the Beaufort Sea — the second of the two Polar Bear Seas.

We will continue fighting Shell and any other company that targets the polar bear’s home for potentially disastrous drilling.

In the meantime, I want to thank you for helping NRDC score this latest victory over Big Oil in federal court — and for defending the Polar Bear Seas.

P.S. If you want to help build on the momentum of this victory, please make a special donation today that will enable us to carry the fight to Shell and other oil companies that threaten the polar bear’s home. Thank you