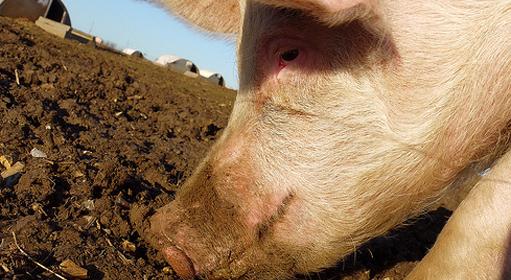 Kevin Newman deals with another hot issue: Do animals have any rights in Canada? That’s a question he poses in the latest instalment of the ‘Revealed’ documentary series, produced by 90th Parallel Productions for Global Television. NO COUNTRY FOR ANIMALS examines Canada’s deplorable record on animal welfare and looks at the people who are fighting to bring about much-needed change. It’s part of Global Television’s summer documentary series ‘Currents’ and will be telecast on Wednesday, July 28 at 10PM.

“The issue of how we treat our animals is a visceral one and the reality of what’s been happening in this country isn’t easy to take,” Kevin Newman said. “I believe this is a subject that doesn’t get enough attention and the impetus for the ‘Revealed’ series with 90th Parallel is to provide a platform to illuminate issues in an incisive way. I certainly hope we’ve succeeded with this important topic.” Newman narrates this film and co-wrote and co-produced.

Without being unnecessarily graphic, NO COUNTRY FOR ANIMALS exposes Quebec’s notorious puppy mills and examines the mistreatment of animals raised for food. We see the gestation crates where animals spend their entire lives confined in standing positions, and overcrowded abattoir-bound trucks where livestock can go for days without food or water.

It all happens because Canada has very outdated, ineffectual laws protecting animals and when cruelty charges are made, they are often dismissed. “In Canada animals are property,” explains one activist. Our legal standards protecting animals lag far behind the European Union or California, for example, where major steps have been taken to protect animals and enhance their lives.

This documentary introduces viewers to some of the people who are fighting to bring about change in this country. There’s Nicole Joncas challenging the Quebec courts to close their horrific puppy mills, or Twyla Francois, armed with an undercover camera, campaigning vigorously to bring attention to the mistreatment of farm animals. We meet Canada’s first lawyer to specialize in animal law, and a new, young generation dedicated to the fight to improve the lives of animals through legal and educational means. NO COUNTRY FOR ANIMALS is a documentary that will enlighten and enrage you. And will leave you wondering how humane our society really is.

NO COUNTRY FOR ANIMALS is directed by Karen Pinker. It is produced by 90th Parallel Productions Ltd in association with Canwest. Gordon Henderson is executive producer.

Canadians for the Ethical Treatment of Food Animals (CETFA) is an investigative and educational organization established to examine intensive farming practices, with particular attention to abusive practices; hazards to human health; environmental impacts; and the role of power politics in maintaining the system while withholding public access to factual information. We seek to address these interconnected issues through investigation, education and advocacy of the compassionate treatment of farmed animals.