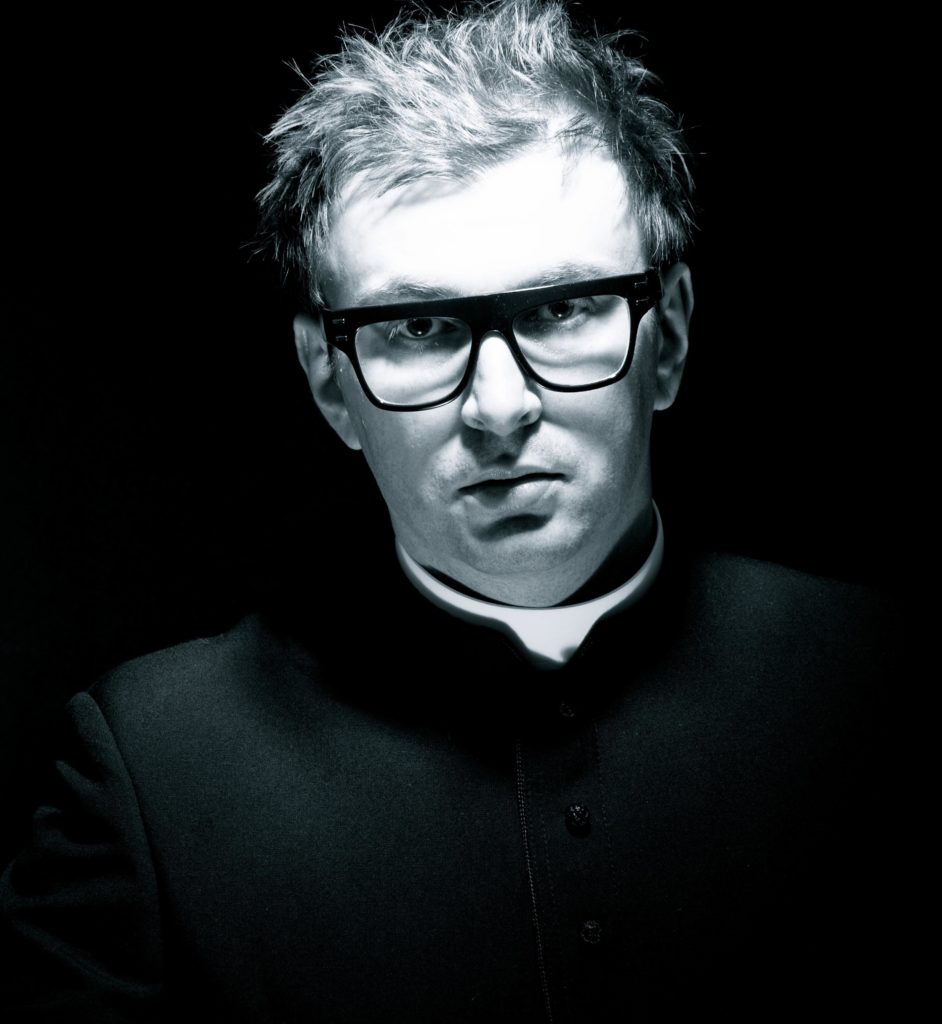 It took on various new guises but it’s here and today raises its ugly head in various forms of deligitmisation of Israel and steady drip feeds of Anti Jewish feeling worldwide.

Aro Korol, A Catholic Polish film maker, has decided to tackle the issue using his film making talent to expose what happens even today in his own birth country and show how it is linked to global events. He is working on a documentary film, Hitler’s Daughter. The film will highlight Polish anti-Semitism, which Korol feels is rife. It will show links with the world’s current spate of demonization of Israel by Europe and the radical Islamic world.

Korol’s story is an interesting one. As a boy, he lived in Poland with his family, amongst a mixture of Christian influences. His family friends and neighbours were Jehovah’s Witnesses, Seventh Day Adventists and various other groups. There was no issue for the young Aro about what a person’s religious belief was. All he knew was tolerance among his neighbours.

Korol’s Grandmother Marta worked in the local Cinema Paradiso. He remembers that sneaking in to the film shows and there began the longing for a film career. He says “my grandmother used to get fifteen free tickets for the film shows after she retired. She kept five and she would give me ten. I would go to that cinema time and time again to watch ‘Gone with the Wind’ and other classics”.

Film became Aro Korol’s life. At fifteen, he gained a part as a movie extra but what really inspired him was how film was made and the idea of directing his own movies.

Korol was eighteen when Steven Spielberg came to Krakow to film his then new movie, ‘Schindler’s List’. Aro Korol decided nothing would keep him away from the set and spent almost an hour trying to get past the security guards to get to the action. He describes what happens next. “I gave the security guards three tons of rubbish about why it was I should be able to go and watch the filming. It really was quite crazy when I think of it now, but I marched in eventually. I managed to get to the line producer, Marek Brocki, who was so stunned at my nerve, he gave me a crew badge”. Day after day, he returned to the set to watch the unfolding of what was to be a masterpiece.

In his late teens, Korol went to work in Germany and came back to Poland as a twenty year old. He then became aware of Radio Maryja. The station was started in 1991, by Redemptorist Tadeusz Rydzyk, often called Father Director by his followers. Korol started to notice what was apparently a massive channel for anti-Semitic and political broadcasts and it greatly disturbed him.

A year later, in Milan, he met the man who was to become his mentor and best friend, Lewis Kaplan. Kaplan was an art dealer and a cultured man who loved to parade Aro around in designer clothing and introduced him to people across the world. Wherever Lewis went, Aro went, be it Europe, Africa, Israel or Asia. The main event for every visit was a trip to the local synagogue and the contemporary art museums and galleries. Korol’s knowledge increased and he went from mild annoyance at being subjected to the pilgrimages to the synagogues to a respect and fascination with Judaism. He visited Yad Vashem and his eyes were opened to a suffering he had known little about.

In 1997 Lewis gave his protégé the greatest gift of all. He sent him to study at New York Film University. While in New York Korol met Gerry Schoenfeld and his wife Pat. Schoenfeld was one of the most influential figures in the theatre business and made a huge impact on Korol by being the first to refer to him as ‘an artist’. He then invited the couple back to Poland as a gesture of his friendship. Gerry refused to come, as he stated that he felt that ‘all Poles were anti-Semites’. Korol was devastated. Anti-Semitism was not something he had every considered part of his world and he wanted to show his new friends the Poland he loved. Eventually Pat agreed to come alone, in 1998.

Aro took her to Auschwitz and the trip was supposed to include a visit to the neighbouring camp, Birkenau. Pat Shoenfeld was so sickened by this visit that she left Auschwitz and made her way back to the airport for the first flight she could get back to New York.

During his time in New York, Korol spent time with Hannah and Howard Davitz, director of American TV phenomenon ‘Howdy Doody’. His memories of the couple included Hannah making his ‘second Barmitzvah’ party for his twenty-sixth birthday. Korol still calls Hannah today on Jewish festivals and is ‘the best Jew’ she knows.

In Poland in 2005, the presidential elections began. Kaczynski the new president was a so called moderate, but his twin brother Jaroslaw and the party were huge supporters of Radio Maryja. In 2006 the ‘Tolerance March’ in Poznan, Poland, sixty or more gays and lesbians were arrested and beaten by the police. People in the crowd shouted “gas them like the Jews!”. This is when Aro Korol decided to begin his film. Originally the idea was to make a film about homophobia, but the story became more complex for Korol. He understood much about irrational hatred from Jewish friends and was becoming outraged that after World War Two, his country could be making steps backwards. He met a transvestite in New York, Tina Benez. Korol listened to the music made by the flamboyant Benez and decided to use the track ‘Hitler’s Daughter’, as the title of his movie.

In 2008 Lewis Kaplan died and Korol wanted to get away from New York and start afresh. He left everything and came to London. Lewis left him an inheritance which Korol decided to use to create ‘Hitler’s Daughter’ in Lewis’s honour. He felt the best thank you he could give his long time friend was to expose the poison of anti-Semitism using film. He had used all the inheritance money; every penny has gone into the movie as it is so far.

Today Korol is living in London and looking for investors to help him finish his story of a conscience.