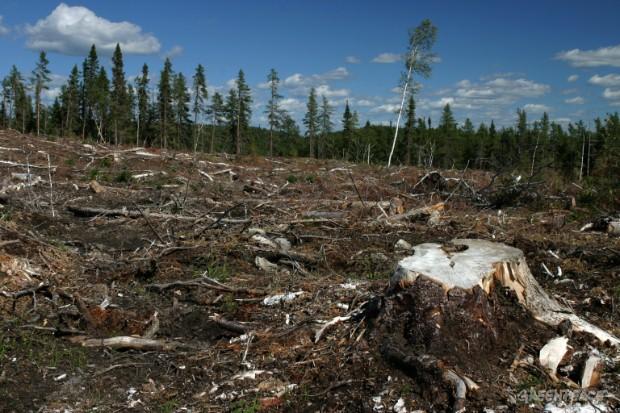 The Agreement, announced by environmental groups and FPAC at news conferences in Toronto and Montreal, covers 72 million hectares of Boreal Forest, a massive sweep of forest twice the size of Germany that stretches almost from coast to coast. Included in the agreement is an immediate moratorium on logging in 28 million hectares, covering virtually all the critical habitat of the threatened woodland caribou.

“This is our best chance to save woodland caribou, permanently protect vast areas of the Boreal Forest and put in place sustainable forestry practices,” said Richard Brooks, Greenpeace forest campaign coordinator at the news conference. “The interest of the marketplace and public has been critical in this agreement. We have a lot of work to do together to make this agreement successful and we are committed to make it happen.”

The goals of the 90-page Agreement include commitments to developing joint proposals for networks of protected areas, especially areas of intact forest, joint proposals for the recovery of species at risk, including woodland caribou, the development of world-leading practices in forest management and harvesting.

In addition, when the Agreement the FPAC companies will have established their leadership on conservation issues and will be able to operate in a more certain business environment. As a result, the forest industry in Canada will be stronger, forest communities will have a better economic future and Canadian forest products will have a stronger position in global markets.

“The importance of this Agreement cannot be overstated,” said Avrim Lazar, President and CEO of FPAC at the news conference. “FPAC member companies and their ENGO counterparts have turned the old paradigm on its head. Together we have identified a more intelligent, productive way to manage economic and environmental challenges in the boreal that will reassure global buyers of our products’ sustainability. It’s gratifying to see nearly a decade of industry transformation and hard work greening our operations, is culminating in a process that will set a forestry standard that will be the envy of the world,”

As part of the Agreement, Greenpeace, along with ForestEthics and Canopy, two other groups involved, have immediately suspended their “Do-Not-Buy” and divestment campaigns against the FPAC companies.

Greenpeace played a leading role in developing the agreement which includes a three-year timeline for completing conservation planning across the whole 72-million-hectare area.

In addition to the work of environmental groups, the Pew Environment Group and the Ivey Foundation have played an important role in supporting negotiations.

Go to Boreal Resources for a complete set of documents on the Canadian Boreal Forest Agreement. Media can download high resolution photos at http://www.greenpeace.ca/gallery. For Video b-roll, please contact aube.giroux@greenpeace.org

Note: Parties to the Agreement: