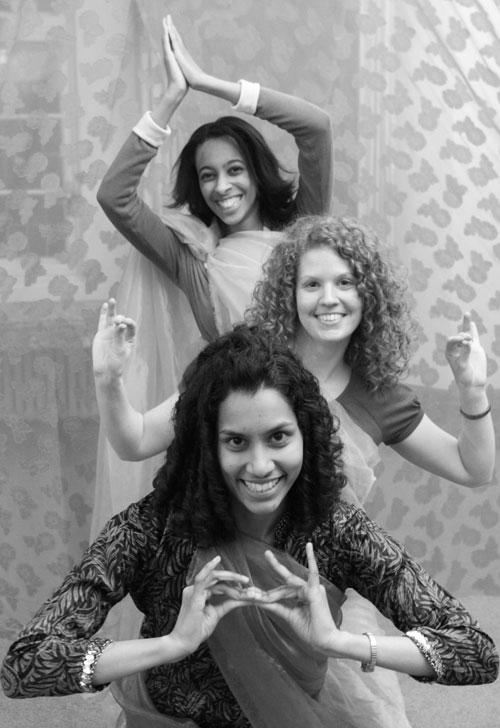 “…this tale of love, death and decapitation features a young, talented cast, with rich, moving voices and a vibrant energy”

The Montreal West Operatic Society is bringing the spice of India to Gilbert and Sullivan’s most famous comic opera The Mikado, giving it a twenty first century edge with a Bollywood twist. MWOS has been a non-profit community-based organization since 1939, making yearly donations to the Montreal Children’s Hospital Foundation. MWOS is also the oldest Gilbert and Sullivan troop in Canada. Comprised of hard-working, diverse and charismatic individuals, the MWOS clan comes together sharing a love for music, singing and of course, Gilbert and Sullivan.

A play traditionally set in Japan, MWOS’s Bollywood Mikado is adapted to reflect the current India “craze” in Western popular culture, mirroring the way Japan kindled the curiosity of Victorians in 1885. Incorporating traditional dances, music, sets inspired by the temples and palaces of Rajasthan, to the colourful, detailed saris, MWOS aims to tap new audiences with their rendition of one of history’s most frequently played musical theatre pieces.

The Mikado is a classic satire with all the elements of a madcap adventure-story, including sword fighting, exotic dancing, corruption and the ominous threat of execution. The story begins after prince Nanki-Poo has fled his father’s imperial court to escape marriage from the old and repugnant Katisha. Disguised as a traveling musician, Nanki-Poo meets and falls in love with Yum-Yum. Unfortunately Yum-Yum is already betrothed to her guardian Ko-Ko and worse yet, Ko-Ko has been appointed Lord High Executioner by Pooh-Bah, a corrupt lunatic who holds every major office of state.

Playing out like a musical Monty Python, this tale of love, death and decapitation features a young, talented cast, with rich, moving voices and a vibrant energy. Kathrin Welte, a professional singer and one of the newest members of MWOS, plays the nasty Katisha (despite her lovely charm and disposition offstage). Jenne Carey, a classically trained opera singer who has been with MWOS for two years, is having her fun as “Yum-Yum” alternating the role with Allison Devery. Cameron Macleod, last year’s Cyril in Princess Ida and former president of the McGill Savoy Society stars as Nanki-Poo, alternating the role with Rodrigo Monardes now in his sixth year at MWOS. “MWOS was the first to give me a chance on stage”, Monardes says.

The idea for a “Bollywood” Mikado was put forth by the show’s stage director, Stephanie Pitsiladis, (assistant director last year for Princess Ida, as well as well as stand-by for the lead role as Tracy Turnbald in the Toronto production of Hairspray). Pitsiladis says, “The great thing about Gilbert and Sullivan is that their shows are so diverse and offer vehicles that work for every era. I think Gilbert and Sullivan would appreciate how we’ve interpreted their words and music to reflect today’s times.”

For the production to have an authentic Indian feel, two of the original songs have been translated- one in Tamil and the other in Bengali. MWOS’s musical director, Kerry Roebuck- regarded as the musical soul of the group- has also written the musical score for one of the exotic, Indian-style dance numbers. Mara Lazaris and James James Soares Correia, fresh out of high school and into community theatre are the choreographers and have devoted countless hours to helping the cast perfect some of the rather challenging movements and dances in the show.

Cast member and retired English and history teacher, Kerry McKeown says, “One of the beauties about G&S is that it can be adapted. G&S works have been transformed into all manner of production”. He gives the example of MWOS’s interpretation of Patience a few years back. “Patience became a 1970’s hippie melodrama with a shaggy poet utterly seducing everybody in sight.”  If there’s a way to put a spin on Gilbert and Sullivan, MWOS will be the first to find it.

MWOS’s cast and crew have plenty to keep them on their toes, most members juggling other artistic projects, careers, school and family. Performers, backstage crew and administrators are all there on a volunteer-basis; only the music and stage directors are professionals.
The show’s costume designer, Rachel Germinario is now in her fifth year “officially” but “unofficially” she states, “I’ve been here my whole life”. Her mother, Susan Colby-Germinario, has been involved with MWOS for over thirty years.

Elena Cerrolaza, cast member and set designer, is now in her ninth season, has directed twice and done sets four times, often using her living room as a workstation. Her family is also very active in the company. “My lot includes my husband, Rod MacLeod (tenor, role of Ko-Ko), my son, Andrés MacLeod-Cerrolaza (stage manager), and my daughter, Elisa MacLeod-Cerrolaza (who serves tea at the break and has a small role as Go-Pu, servant to Ko-Ko).”

MWOS’s president Dael Foster says, “We are a very tight knit group, but that doesn’t mean that we don’t welcome others.”
Sure to entertain and captivate audiences of all ages, for the first time ever, MWOS is putting together what promises to be a special performance of the popular show for schools on April 30 at 1:30pm at the Parkhaven Theatre at a special group rate. MWOS has captured the spirit of India but also, of community theatre.