Don’t give up the fight for polar bears! 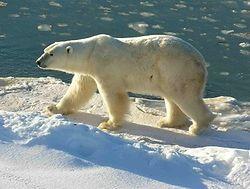 I won’t try to sugarcoat it. It’s a heartbreaking setback for polar bears.

Last week, a meeting of the Convention on International Trade in Endangered Species (CITES) voted down a proposal to end the commercial trade in polar bear parts and tighten the regulation of international trophy hunting.

As a result, polar bears will stay in the crosshairs of commercial and trophy hunters, which puts an unnecessary and unsustainable stress on a population that is already facing extinction due to climate change.

Thanks to supporters like you NRDC conducted a concerted, worldwide fight to win this vote, and I’m sure you are as saddened as I am by the outcome.

But make no mistake: we will continue to work to find new ways to protect polar bears from the hunt.

You should take heart from several pieces of promising news that emerged from the last week’s international meeting:

The international pressure you and I mounted over the past six months was intense. And while we did not succeed in this first-ever, worldwide vote, we did come very close. And we have paved the way for the many tough battles ahead.

NRDC will relentlessly pursue the most promising avenues for polar bear protection: from the pressroom to the courtroom to the capitals of the European Union.

Here’s what’s at stake. Conservative estimates already predict that polar bear populations will decline by 70 percent by the middle of this century. Add in the increased stress and population loss caused by trophy hunting and commercial trade, and polar bears may not survive.

We cannot afford to fail. That is why, in the face of last week’s vote, we are more committed than ever to the cause of polar bear protection. It may take many more years and many more rounds. But we must ultimately prevail for the sake of polar bear survival.

P.S. We never could have come this far without courageous friends like you. In the wake of last week’s vote, we need your support more than ever to ratchet up the pressure on the European Union and other opponents. Please support NRDC’s international campaign to protect polar bears by making a generous online gift now.