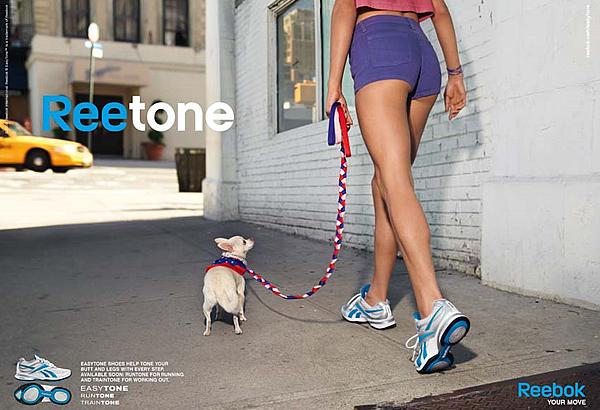 As the summer approaches and thoughts are on getting in shape for the beach, FitnessFootwear.com have been preparing for the big rush as Reebok enter the lucrative market of exercise shoes with extra toning capabilities.

FitnessFootwear.com has firsthand experience of the surge in popularity which these types of shoes have experienced following the huge FitFlop summer sensation in 2009. The meteoric rise in popularity saw shoe stocks stretched as a nation opted for working out during a normal daily routines. This summer, they expect that Reebok Easytone shoes will be the new fitness sensation and are busy preparing for the onslaught of orders.

Over the past few months there has been a revolution in the US fitness footwear market as the Reebok Easytone was launched stateside. The advertisement campaigns have been running for a few weeks now, and YouTube is awash with the US TV advert campaign. They have been a runaway success in the states; however the 27th March sees the official launch of the UK campaign, entitled ReeTone. The campaign is expected to be a record breaker. Running in primetime advertising slots, it is expected to be the largest ever campaign from a sportswear brand. Reebok appear confident of the capabilities of their new shoe line, and that they will become a similar runaway success on this side of the Atlantic.

A search on the popular video website YouTube will give a sneak preview of the toning capabilities of the shoe. Reebok opted for a tongue in cheek approach for the US campaign, firming the legs and butt to the approval of the cameraman and men the nation over. The approach being taken for the UK market is being kept firmly under wraps; however expect that the primetime soaps will be prefixed with an advert for these shoes over the next few weeks.

In contrast to the FitFlop, Reebok Easytones are geared less to the fashion market and more at providing fitness footwear as a boost to an existing exercise program. Whilst possible to wear them throughout the day for a prolonged workout, the style of the shoes are based on the standard Reebok trainer design. They are expected to be bought as a replacement to standard trainers rather than the becoming the latest fashion trend. The shoes increase muscle activity during a normal exercise regimen by 28% to the gluteus area, with the hamstrings and calves getting an 11% boost. They increase muscle activity throughout the entire lower body, without requiring any extra time to be devoted to exercise to get amazing results.

The key to the increased workout lies in the outsole of the shoe. Drawing inspiration from balance ball technology, the shoes incorporate mini balance balls in the toe, ball and heel sections of the shoes. These balance pods are designed to create areas of instability which require a constant readjustment of posture to retain balance. When pressure is applied, the compressed air within the pods shifts affecting the balance. This requires a much wider array of muscles to be employed, increasing activity. Whilst unnoticeable when running, these micro changes add up and during the course of a workout and extra burn is achieved.

As expected from a market leader in the trainer sector, the shoes are comfortable and give great support. The Smoothfit system redistributes the seams in the inside of the shoe to make sure there are no sources of potential abrasion, making them one of the most comfortable trainers on the market. For additional cushioning, increased foam is used in the midsole to provide extra shock absorption. Synthetic mesh uppers keep the shoes are breathable to reduce sweating and odour.

The range already includes some excellent styles and colour choices particularly in the Reeinspire range. At FitnessFootwear.com, black with pink piping and white with blue trim have proved the most popular in the women’s range. Whilst sales are currently steady the British public has yet to be exposed to the advertising campaign. Current sales have come from those in touch with the fitness footwear market who have pre-ordered to get the shoes the second they were released for sale to beat the big rush later expected this month.

It is a certainty that with such large funds committed to the coming advertising campaign, Reebok Easytone trainers are going to become one of the most well known enhanced fitness footwear choices on the market, and they are expected to sell fast. In anticipation of the massive exposure,  FitnessFootwear.com are starting to stockpile the most popular ranges, and are expecting another massive fitness footwear summer sensation, as the British public start toning legs and butts for the beach.

For further information on Reebok Easytones range and to view the range of styles currently in stock visit www.fitnessfootwear.com