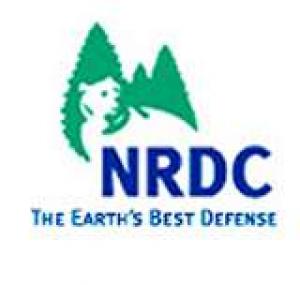 In his first year in office, President Barack Obama and his administration have taken a remarkable number of actions to address a wide variety of environmental challenges. From investing in clean energy technology through the stimulus bills to increasing energy efficiency, the Administration has done more in its first few months to protect our air, water and communities than we’ve seen in the last decade.

The hallmark of the administration’s first year record was the decision to put the nation on a path toward a cleaner energy future. President Obama has pursued this course first by calling on Congress to pass far-reaching legislation that will address the climate crisis, create new jobs, and increase our energy security. The president and his cabinet have already moved ahead where the means exist to make progress. In the international arena, Obama has reestablished U.S. global leadership on the issue of climate change. While speaking at the United Nations climate summit in Copenhagen he emphasized that global climate change is a real threat and that America intends to fulfill its responsibility to address the problem.

President Obama has also made important progress across a range of environmental policies, in contrast to the previous administration, which was one of the worst on record. While much work remains to be done—and there are cases in which the administration has not gone as far we would have liked—the level of protection has been raised in many areas, damage from the previous administration has been reversed, and good policies already in place have been retained. This review focuses on those areas where protections have been improved in the past year and assesses where we stand going into 2010.

What follows is a sample of the Obama administration’s important progress during its first year.

REPOWERING AMERICA WITH A CLEAN ENERGY ECONOMY
One of the key ways to rejuvenate the U.S. economy and put the country on a path to sustainable prosperity is to redirect our energy policy away from a dependence on polluting fuels to the more efficient use of cleaner, domestic sources. The Obama administration understands this and quickly started work toward a clean energy future that will create millions of jobs while cutting our imports of foreign oil and bringing down the carbon pollution that contributes to dangerous climate change. President Obama has promoted a new energy economy domestically with a range of actions that include legislative proposals, fiscal and regulatory policies, and executive orders.