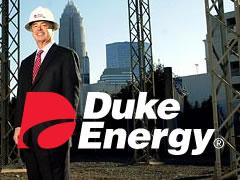 Duke Energy to Spend Approximately $93 Million to Resolve Clean Air Act ViolationsEmissions to be Slashed by more than 35,000 Tons Annually

Duke Energy, one of the largest electric power companies in the nation, will spend approximately $85 million to significantly reduce harmful air pollution at an Indiana power plant and pay a $1.75 million civil penalty, under a settlement to resolve violations of federal clean air laws, the Justice Department and the U.S. Environmental Protection Agency (EPA) announced today. The settlement also requires Duke to spend $6.25 million on environmental mitigation projects.

35,000 tons per year, an 86 percent reduction when compared to 2008 emissions. This is equivalent to the emissions from 500,000 heavy duty semi trucks, which is more than all the trucks registered in Indiana, Illinois, Kentucky, and Ohio combined. Sulfur Dioxide harms the environment and human health.

The settlement also requires that Duke spend $6.25 million on environmental mitigation projects, including $250,000 for the U.S. Forest Service to address acid rain in downwind national forests, $5 million for one or more other projects such as conversion to hydro generation or hybrid vehicle fleets and $1 million for environmental mitigation projects will be allocated among the states that joined the settlement.

“This important settlement resolves lengthy litigation on very favorable terms,” said Ignacia S. Moreno, Assistant Attorney General for the Justice Department’s Environment and Natural Resources Division. “The settlement will achieve substantial emission reductions through the use of natural gas and other control measures, and it includes important steps to mitigate the negative impact from past illegal emissions as well as a significant civil penalty.  The Justice Department will continue to vigorously enforce the Clean Air Act to ensure that the electric utility industry complies with laws designed to protect human health and the environment.”

“Coal-fired power plants are big contributors to air pollution, which is why we need to make sure they comply with the law,” said Cynthia Giles, assistant administrator for EPA’s Office of Enforcement and Compliance Assurance. “As a result of this enforcement action, Duke will make large cuts in air pollution, which means cleaner air and better health for the millions of people living in communities downwind of this plant.”

As a result of a lawsuit filed in 1999, Duke went to trial in May 2009 for the alleged violations. At that time and Indianapolis jury found that Duke violated the Clean Air Act by failing to obtain required permits and pollution controls before making modifications to Gallagher Units 1 and 3 that caused significant increases in sulfur dioxide. The trial to determine the appropriate remedy for these violations resolved by the settlement had been scheduled to begin on Jan. 25, 2010.

The settlement requires Duke to either repower units 1 and 3 at the Gallagher plant with natural gas or shut them down to remove all sulfur dioxide pollution. This natural gas repowering will also reduce other air pollutants, including nitrogen oxides, particulate matter, mercury, and carbon dioxide. The combined nitrogen oxide emissions from units 1 and 3 are expected to decrease by about 2,198 tons per year as compared to 2008 emissions. By using natural gas rather than coal, Duke will eliminate emissions of particulate matter and mercury from the units. EPA also expects a 50 percent reduction per unit of energy in these units’ carbon dioxide emissions because of the switch to natural gas.

The settlement also requires that Duke install new pollution controls for sulfur dioxide at the other two units at the plant, units 2 and 4. The work and projects that are required by the settlement will, when fully implemented, result in substantial improvements to the air quality for the communities that are the most heavily impacted by the Gallagher plant’s emissions.

This is the 17th settlement secured by the federal government as part of a national enforcement initiative to control harmful emissions from coal-fired power plants under the Clean Air Act’s new source review requirements. The total combined sulfur dioxide and nitrogen oxides emission reductions secured from these settlements will exceed nearly 2 million tons each year once all the required pollution controls have been installed and implemented.

Sulfur dioxide and nitrogen oxides can cause severe harm to human health and the environment. After being emitted from power plants, they are converted to fine particles of particulate matter which can lodge deep in the lungs, causing a variety of health impacts including premature death. Sulfur dioxide and nitrogen oxides are also significant contributors to acid rain, smog, and haze which impair visibility in national parks. Air pollution from power plants can travel significant distances downwind, crossing state lines and creating region-wide health problems.

The settlement does not resolve other pending litigation against Duke for violations of the Clean Air Act, including an appeal to the U.S. Court of Appeals for the Seventh Circuit involving the Wabash River Plant located in West Terre Haute, Ind., and an enforcement action pending in the U.S. District Court for the Middle District of North Carolina involving the company’s coal-fired power plants located in North and South Carolina.

Duke Energy, which is based in Charlotte, N.C., supplies and delivers energy to approximately 4 million customers in the Midwest and the Carolinas.

The proposed settlement was lodged today in the U.S. District Court for the Southern District of Indiana and is subject to a 30-day public comment period. A copy of the consent decree will be available on the Department of Justice Web site at http://www.justice.gov/enrd/Consent_Decrees.html