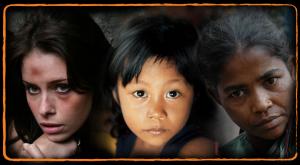 15
SHARES
ShareTweetShareShare
– A federal grand jury has indicted a Ft. Worth, Texas, husband and wife, Emmanuel and Ngozi Nnaji, on charges of engaging in a nine-year scheme to compel the labor of a Nigerian victim as their domestic servant, the Justice Department announced today.

According to the seven-count indictment returned late yesterday, which charges the defendants with conspiracy, forced labor, document servitude, alien harboring and false statements, Emmanuel Nnaji and Ngozi Nnaji enticed a widowed Nigerian mother of six to come to the United States to be their domestic servant by falsely promising a salary and support for her children, who she was struggling to support.

The indictment alleges that the defendants procured fraudulent immigration documents, confiscated the victim’s documents, harbored her in their home, compelled her to work long hours with no days off for little or no pay, used a scheme to isolate her and restrict her communications, withheld her documents and pay, and refused her requests to return home or be paid. The indictment also alleges the defendants failed to provide support for the victim’s six children in Nigeria, limited and monitored contact with her family in Nigeria, isolated her from normal society in the United States, and refused to allow her to regularly attend church. The indictment alleges Emmanuel Nnaji sexually assaulted the victim and made her fearful to call the police.

If convicted, Ngozi and Emmanuel Nnaji each face a maximum sentence of up to 55 years in prison. An indictment is merely an allegation and defendants are presumed innocent until proven guilty. Ngozi Nnaji, a Nigerian national, faces deportation following conviction on any of the charged felonies.

This case is being investigated by the FBI and prosecuted by Trial Attorney Susan French of the Civil Rights Division’s Human Trafficking Prosecution Unit.