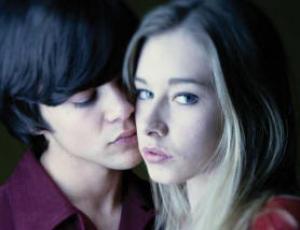 – As part of the Justice Department’s year-long commemoration of the 15th anniversary of the Violence Against Women Act (VAWA), Attorney General Eric Holder and Secretary of Education Arne Duncan met today with teen leaders, their parents and program directors from the Robert Wood Johnson Foundation’s Start Strong: Building Healthy Teen Relationships (Start Strong).   The discussion around teen dating violence was held in conjunction with nationwide events as part of the 6th It’s Time to Talk Day, organized annually by Liz Claiborne Inc. to draw national attention to the importance of talking about domestic violence, teen dating violence and intimate partner abuse.

“We must engage the broadest spectrum of community partners in order to stem youth violence, and a cornerstone of that partnership is young people themselves,” said Attorney General Holder.   “The Department of Justice is committed to working with young people to develop innovative solutions to help prevent teen dating abuse.”

“For too long we’ve been unwilling to face the reality that teen dating violence occurs,” said Secretary Duncan.   “It’s been a taboo subject folks would simply not talk about.  But we can’t afford to do that any more: too many young people are getting hurt. We must all do our part to break the silence and work toward eliminating teen dating violence.”

Start Strong , the largest initiative ever funded to target 11-to-14-year-olds to promote healthy relationships as the way to prevent teen dating violence and abuse, is a national program of the Robert Wood Johnson Foundation in collaboration with the Family Violence Prevention Fund.   The Robert Wood Johnson Foundation and Blue Shield of California Foundation are investing $18 million in 11 communities across the country to identify and evaluate the most promising pathways to stop dating violence and abuse before it starts (Robert Wood Johnson Foundation is funding 10 sites around the country and Blue Shield of California Foundation is funding one site in California.).   The Family Violence Prevention Fund is the National Program Office for Start Strong.   Youth representing four of the Start Strong east coast sites, including Boston Public Health Commission, Boston; Bronx-Lebanon Hospital Center, Bronx, New York; RYASAP, Bridgeport, Connecticut; and Sojourner House; Providence, Rhode Island participated in today’s discussion.

Start Strong communities are working to create innovative prevention models that can be replicated across the country.   Each community has developed a comprehensive plan that focuses on four core strategies involving e ducation, policy change, community outreach and cutting-edge social marketing campaigns to empower teens to develop healthier relationships throughout their lives.   For more information, go to: http://www.startstrongteens.org .

Liz Claiborne Inc. has organized It’s Time to Talk Day each year since 2004 to draw national attention to the importance of talking about domestic violence, teen dating violence and intimate partner abuse.   Today’s event in Washington, D.C. is one of many being held across the country in schools, communities and state and local governments.   For more information, go to: http://www.loveisnotabuse.com.

Today’s event is another segment of the Justice Department’s effort to raise public awareness on issues around violence against women, to reinforce and build coalitions among federal, state, local and tribal law enforcement and victim services communities, and to reinforce the goal of ending domestic and dating violence, sexual assault and stalking for men, women and children across the country.   In addition to the organizations, activists and victim service providers in the field holding events today, the Department has encouraged the more than 100 celebrity allies who have lent their names in support of the Department’s “Join the List” initiative to raise awareness with their fans, through web and fan sites, and social networking profiles.   A list of celebrity allies is below:

NFL Players Association, in addition to the following players: