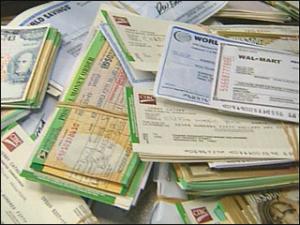 14
SHARES
ShareTweetShareShare
– Attorney General Eric Holder, Treasury Secretary Tim Geithner, Housing and Urban Development (HUD) Secretary Shaun Donovan, and Securities and Exchange Commission (SEC) Chairwoman Mary Schapiro today announced that President Barack Obama has established by Executive Order an interagency Financial Fraud Enforcement Task Force to strengthen efforts to combat financial crime. The Department of Justice will lead the task force and the Department of Treasury, HUD and the SEC will serve on the steering committee. The task force’s leadership, along with representatives from a broad range of federal agencies, regulatory authorities and inspectors general, will work with state and local partners to investigate and prosecute significant financial crimes, ensure just and effective punishment for those who perpetrate financial crimes, address discrimination in the lending and financial markets and recover proceeds for victims.

The task force, which replaces the Corporate Fraud Task Force established in 2002, will build upon efforts already underway to combat mortgage, securities and corporate fraud by increasing coordination and fully utilizing the resources and expertise of the government’s law enforcement and regulatory apparatus. The attorney general will convene the first meeting of the Task Force in the next 30 days.

“This task force’s mission is not just to hold accountable those who helped bring about the last financial meltdown, but to prevent another meltdown from happening,” Attorney General Eric Holder said. “We will be relentless in our investigation of corporate and financial wrongdoing, and will not hesitate to bring charges, where appropriate, for criminal misconduct on the part of businesses and business executives.”

“Through the Financial Fraud Task Force, we are making clear that the Obama Administration is going to act aggressively and proactively in a coordinated effort to combat financial fraud,” said Treasury Secretary Geithner. “It’s not enough to prosecute fraud only after it’s become widespread. We can’t wait for problems to peak before we respond. We’re seeking comprehensive financial reform to create a more stable, safer financial system and stepping up our enforcement strategy. Doing so will help to stop emerging trends in financial fraud before they’re able to cause extensive, system-wide damage to our economy.”

“To give American families the protection and peace-of-mind they need, it’s clear the federal response must be as interconnected and multi-dimensional as the challenges we face,” said HUD Secretary Shaun Donovan. “No one agency is going to be able to stop financial fraud. This Task force will build upon many of the inter-agency collaborations already underway to protect consumers and restore confidence.”

“Many financial frauds are complicated puzzles that require painstaking efforts to piece together.  By formally coordinating our efforts, we will be better able to identify the pieces, assemble the puzzle and put an end to the fraud,” said SEC Chairman Mary Schapiro.

The task force is composed of senior-level officials from the following departments, agencies and offices: