Carcinogen in Food Prompts Class-Action Lawsuit Against McD,BK and Friendly’s 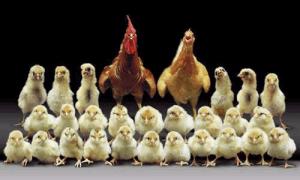 Two Connecticut residents are filing a class-action lawsuit against McDonald’s, Burger King, and Friendly’s for failing to warn consumers that their grilled chicken products contain a dangerous carcinogen.

Independent laboratory tests show that grilled chicken from McDonald’s and other fast-food chains contains PhIP, a chemical that can increase a person’s risk of developing cancer even if consumed in very small amounts. The class-action lawsuit, sponsored by the nonprofit Cancer Project, will be initiated Oct. 21 in Superior Court of the State of Connecticut, Judicial District of Hartford. Cancer Project general counsel Daniel Kinburn is representing the plaintiffs, one of whom is a breast cancer survivor.

“Consumers deserve to know that grilled chicken from McDonald’s and other fast-food chains can increase your risk of cancer,” says Neal D. Barnard, M.D., president of the Cancer Project. “Even a grilled-chicken salad increases the risk of developing some cancers, including breast and prostate cancer.”

PhIP is one of a group of carcinogenic compounds called heterocyclic amines (HCAs) that are found in grilled meat. In 2005, the federal government officially added HCAs to its list of carcinogens, and PhIP has been on the California governor’s list of chemicals known to cause cancer for more than a decade. PhIP and other HCAs do not exist naturally in chicken; they form when animal muscle is cooked to high temperatures.

McDonald’s, Burger King, and Friendly’s are clearly in violation of Connecticut’s consumer protection law, the Connecticut Unfair Trade Practices Act (CUTPA). “At all times relevant hereto, Defendants knew or should have known that their grilled chicken products contain PhIP, a known carcinogen,” says the Cancer Project in its legal complaint. “Despite that knowledge, Defendants have elected to conceal that material fact from consumers.” Defendant Friendly Ice Cream Corporation, known as Friendly’s, is headquartered in Massachusetts. It operates restaurants in Connecticut that sell grilled chicken products.

The Cancer Project is a collaborative effort of physicians, researchers, and nutritionists who have joined together to educate the public about the benefits of a healthy diet for cancer prevention and survival. Based in Washington, D.C., The Cancer Project is an affiliate of the Physicians Committee for Responsible Medicine.