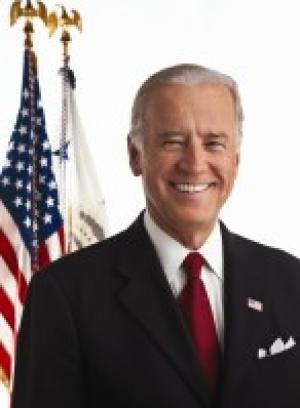 We’ve got a fight on our hands. Powerful insurance companies are pulling out all the stops to defeat the President’s plan for health reform. They’re spending seven million bucks a week on lobbyists, blanketing the country with deceptive TV ads, and just funded two high-profile “reports” to distort what reform would mean for you.

I know their game. I was in the Senate the last time health reform came around, and I saw the special interests savage our efforts. Frankly, under the old rules of Washington they were nearly impossible to beat. But now, thanks to you, the rules are changing. All the lies, scare tactics and lobbyist shake-downs in the world are no match for the incredible work of Organizing for America supporters like you. That’s exactly what frightens them so much — and it’s what Barack and I are counting on.

After decades of false starts, we’re now just a short time from finally passing real reform. Every member of Congress will soon have to cast their vote. As real change draws near, you can bet the insurance companies will hold nothing back. That means OFA will need the extra resources to beat back whatever attack they can dream up next. Here’s the bottom line: it’s not time to let up — it’s time to double down.

Please donate $5 or more to power OFA’s fight for change as we head into the final round.

When I talk about you changing the rules in Washington, here’s what I mean: This week, crucial negotiations on Capitol Hill are shaping a comprehensive reform proposal. At the same time, the insurance companies’ phony reports are grabbing headlines and their lobbyists are twisting arms. But your work is keeping them from setting us back.

On Tuesday, OFA supporters around the country organized more than 1,000 local outreach events and generated an astounding 330,000 calls to Congress from constituents telling their representatives that “it’s time to deliver.” From my years in Congress and my conversations with Senate colleagues this week, I can tell you with confidence that your message broke through and you helped keep us on track.

If this fight were only about guaranteeing the choice of secure, quality, affordable care for every American, it would be worth everything we could throw at it. But as Barack reminded us this week, this fight for change is now about something even bigger: a test of whether or not “we as a nation are capable of tackling our toughest challenges, if we can serve the national interest despite the unrelenting efforts of the special interests; if we can still do big things in America.”

I believe we can. And Barack believes we can. But what really matters is whether you believe we can. If you do, now is the moment to make it happen. Please contribute today: