Know the Difference Between Colds, Flu and H1N1 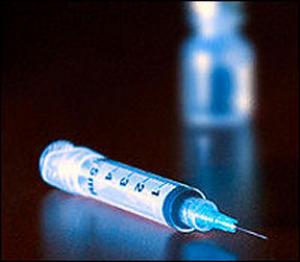 With flu season upon us, and with the increasing number of H1N1 flu cases being reported, more people are making the trip to the doctor. So how can you tell if it’s a cold, seasonal flu or H1N1?

“The flu is usually much worse than the common cold,” said Fred Sutton, MD, executive vice president and chief medical officer, Harris County Hospital District. “Colds will generally last a few days, while the flu normally lasts much longer. Complications from colds are relatively minor, but seasonal flu and H1N1 can both lead to pneumonia and hospitalizations. If you have symptoms, it’s important to see your doctor.”

The common cold and flu are both contagious viral infections. Because these two types of illnesses have similar symptoms, it can be difficult to tell the difference between them based on symptoms alone.  Nasal congestion, sore throat and sneezing are common with colds. Both colds and flu bring coughing, headache and chest discomfort. With the flu, though, you are likely to run a high fever for several days and have headache, body aches, fatigue and weakness.

Whether a person has typical seasonal flu or H1N1 flu, the symptoms are also similar. Flu symptoms are usually more severe than cold symptoms and come on quickly. Symptoms of H1N1 flu and seasonal flu include sore throat, fever, headache, muscle aches and soreness, congestion, and cough. H1N1 is also associated with vomiting and diarrhea.

If you become ill with flu-like symptoms, experts recommend the following:

“Despite precautions, many people will catch a cold or the flu this year,” Sutton said. “If you become ill, the most important thing to do is stay home and rest so that you get well and you don’t infect others.”

Chart: Know the Difference between Cold and H1N1 Flu Symptoms